Why Easy Payday Loans Could Soon Be Hard to Get

For years, easy payday loans have provided a financial lifeline for millions of Americans facing unexpected expenses or variable incomes. However, the Consumer Financial Protection Bureau has had payday lenders in its sights almost since the watchdog agency was created following the economic crisis of 2008. 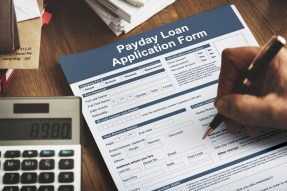 How the CFPB Threatens the Future of Easy Payday Loans

Easy payday loans have been viewed as an endangered species since the CFPB first announced that it was researching small-dollar, short-term loans. Richard Cordray, the Obama appointee who served as the agency’s first director, was highly critical of payday loans, vehicle title loans and other loan products tailored for customers with credit difficulties.

Under Cordray’s leadership, the CFPB wrote new rules containing stringent regulations for payday lenders. Although the finalized rule that was published in October 2017 is not quite as onerous as the proposed rule, it still contains a number of points that payday lenders find objectionable. Among these are the requirement for lenders to determine the borrower’s ability to repay the loan, a limit on the number of short-term loans that can be made to a borrower during a 12-month period and the use of a credit reporting system to verify the borrower’s ability to repay and to obtain information about payday loans made by other lenders.

However, the new regulations, which are scheduled to become effective in 2019, may be overturned before then. In November 2017, Cordray announced that he was resigning from the CFPB. He named Leandra English as his successor, making her the agency’s deputy director and therefore its acting director. Within hours, however, President Trump appointed Mick Mulvaney as the agency’s acting director.

In Mulvaney, Trump appears to have found a director who shares his antipathy for the CFPB, which Trump has described as a “total disaster” on more than one occasion. Mulvaney has called the CFPB a “sad, sick joke.” While serving in the U.S. House of Representatives, Mulvaney promoted or supported legislation that would abolish the agency or limit the agency’s powers.

That Trump might choose a kindred spirit to head the CFPB became the subject of speculation within days of the 2016 election. For example, the Washington Examiner mused that if Trump moved quickly to replace Cordray, the new director could simply stop the rule from being finalized. Alternatively, new legislation could be introduced in Congress to replace or abolish the rule.

Will Mulvaney Remain the Acting Director of the CFPB?

Although English filed a lawsuit challenging Mulvaney’s appointment, early indications are that Trump will prevail. At least 13 state attorneys general as well as the Department of Justice have announced their support of Trump’s decision, and according to American Banker, the U.S. Chamber of Commerce has stated that attempting to oust Mulvaney would raise “grave questions” regarding the agency’s constitutionality.

However, it is important to remember that Trump has not yet named a permanent replacement to head the CFPB. Mulvaney has not resigned his position as the director of the Office of Management and Budget; instead, he has simply added his CFPB duties to his growing list of responsibilities. It is not known whether Mulvaney is interested in heading the CFPB permanently or whether Trump has offered the permanent position.

Therefore, Trump might have someone else in mind to take over the CFPB. Until and unless Trump replaces him, though, Mulvaney appears to be in effective control of the agency.

As a rule, Republicans in Congress have opposed the Dodd-Frank Act that — among other things — created the CFPB. One of the leading opponents has been and continues to be Rep. Jeb Hensarling. In 2017, Hensarling authored the Financial Choice Act, which has passed the House but remains pending in the Senate. Should the bill become law, it will go a long way toward dismantling Dodd-Frank.

One interesting line in the bill is found in Section 733. This section states that the federal government does not have the authority to make or enforce rules “with respect to payday loans” or loans of a similar nature. If approved as it stands, the bill would effectively overturn the CFPB rule and strip the agency of its power to regulate the industry.

How the CFPB Has Campaigned Against Easy Payday Loans

Easy payday loans were apparently on the CFPB’s list of priorities from the agency’s first day of existence. Answers to questions from consumers and the resources posted on the agency’s website on the topics of payday lending, cash advances, deferred deposits and similar forms of small-dollar credit products have always been quite negative.

The CFPB has referred to payday advances as “debt traps” that frequently cause borrowers to be mired in debt that they can never repay. The agency has condemned the payday lending industry for allowing borrowers to renew their loans by paying just the fees without making any payments on the loan principal. Because payday loans are often due in as little as two weeks, the CFPB and other critics have stated that the very structure of the loans makes it extremely difficult — if not impossible — for borrowers to repay the loans on their due dates. These assertions effectively imply that borrowers lack the common sense to make financial decisions that are in their best interests.

Another issue with short-term loans that the CFPB finds highly objectionable is the rates charged by lenders. The CFPB, ignoring the fact that payday loans are meant to be repaid in two weeks, computes an annualized percentage rate for the loans that is based on the fee charged by lenders. Virtually all lenders charge a flat fee per $100 loaned rather than interest, and unlike compounding interest, these fees do not grow over the life of the loan.

What Does the Future Hold for Easy Payday Loans?

The question of whether easy payday loans will become extinct by 2019 remains. Given the ongoing litigation, legislative activities and opposition to the CFPB regulations from many banks and credit unions, it is impossible to predict precisely what will happen before the rules become effective. However, it has become obvious that if Trump and his Republican supporters have their way, the industry will survive relatively unscathed.