Use of credit cards rises for first time in two years 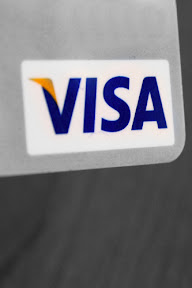 Use of credit cards has risen for the past three months, after two consecutive years of decline. Image: MoneyBlogNewz/Flickr.com/CC-BY

The use of credit cards by consumers has started to rise again after a two-year decline. During the recent recession, fewer consumers have been making as many purchases on credit, and more people have been paying off debts. The credit card industry recently began booming again.

Three straight months of increasing use of credit cards

For three consecutive months, there has been a marked increase in the use of credit cards by consumers, according to USA Today. A new report by the Federal Reserve disclosed that consumer use of credit cards had risen by 3 percent in December. The rise in borrowing amounted to $6.1 billion in personal loans from card companies being utilized by consumers over the last month of 2010. The seasonally adjusted rate for credit card borrowing rose to $2.41 trillion in advance cash, which is likely to grow over the year. Consumer borrowing has increased by 3.5 percent after a 27-month period of decline, including use of credit cards and an increase of 2.8 percent for people taking out auto loans. Fewer people were willing to start borrowing money during the recession.

Years of decline despite rising profits

During the past few months, major credit card companies have begun posting major profits. Visa and MasterCard both posted large gains, despite new fee rules imposed by the CARD Act. The CARD Act, or the Credit Card Accountability Responsibility and Disclosure Act, mandated that credit card companies not raise interest rates on cardholders without notifying them in advance. This has led to the base interest rates of credit cards being raised so the rates higher when people sign up. Buying an Alabama Crimson Tide jersey online could get that much more expensive.

Credit card companies are also enjoying the benefits of merchant fees, according to the Washington Post. Some credit card companies have raised fees charged to merchants for swiping the card, which could lead to prices being raised in stores to counter the fees. Customers who made purchases with credit cards rather than with cash also have to pay more in interest thanks to higher prices.