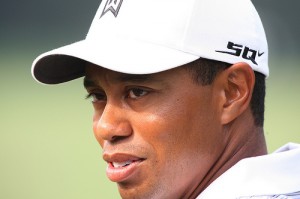 Tiger Woods won’t be needed payday loans soon, but perhaps once the divorce is done – who knows?

Tiger Woods, the name synonymous with golf, has asked for the understanding of his fans, sponsors and competitors during his indefinite break from the game. Fans wish him goodwill and support through this break, but will his sponsors think the same thing? There is no doubt some of them may try to break away, leaving Tiger with no paychecks coming in. Will Tiger need a payday loan? It’s a long shot and Tiger may never be on par with that.

The Richest Golfer on Earth

Tiger Woods is known not just for the game he dedicated his life to, but also for the high income he earned while playing the game. While his earnings from the game have exceeded the $10 million mark for a number of years, his earnings from sponsorship deals far exceed that figure, which are estimated to be nearly $100 million from the various products he sponsors. An indefinite break from the game will hurt his income, not only from the game, but also from the many sponsors that were lining up at his doors. They may look for ways to get out of the contracts that currently exist and will hold back on new deals. Even as Tiger looks to mend fences with his wife and family, he will have to learn how to deal with lower paychecks. Will he need to take out a payday loan to make ends meet like most people? Not likely, as most estimates go.

What About His Sponsors?

Sponsors who are currently under contract with Tiger Woods will have no exposure for their brands and products as long as Tiger decides to stay away from the game, and issuing paychecks for a deal that is on hold will not make sense to any sponsor. Instead, they will look for other players representing one game or another to gain exposure for their brands. Tiger knew he was taking on too much when he decided to play instead of spending quality time with his family. Paychecks from sponsors are going to dry out sooner rather than later leaving him with less money than normal, which may cause some discomfort.

With the amount of money he had been earning over the past few years, one could assume that he has enough stashed around for an entire monsoon, let alone a rainy day. He never looked like the kind who was a spendthrift. However he never even looked like the kind who would face this position until all the sordid details were spilled out. The indefinite break is perhaps something unexpected.

New details about this story are being reported daily in the print and electronic media. It is time Tiger be given some space to begin to sort out his life. In the meantime, people need to concentrate on what he has accomplished, rather than wish for Tiger to go out looking for a payday loan. He’s not asking himself, “what do you need to get a payday loan?” Sorry lenders, this is one client you may have to pass by.