Students have a hard time paying off personal loans 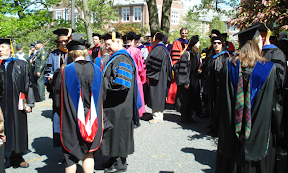 It is getting harder for people to pay off student debts. Image from Wikimedia Commons.

It is getting harder for students to make payments on the loans they borrowed to pay for an education. The default rate on students’ personal loans is rising nationwide, and lenders, including the federal government, are not forgiving despite a tough economic climate.

Loan payments not as expensive as having to lawyer up

The U.S. government and other parties are becoming far more likely to sue someone who has defaulted on a personal loan obligation for education, according to USA Today. Some student loans are so far gone that the account has to be referred to the Department of Justice to collect, and the number of loans handed over to the government’s lawyers is going up. In 2006, 918 student loans in default were given to Justice attorneys to begin lawsuits. In 2010, that number increased to 5,393. A monthly loan payment can be expensive but not as expensive as having to  hire a lawyer to fight off a lawsuit, and student loans cannot be discharged in a bankruptcy.

Worth of college being debated

Because most students must borrow money to afford a college education, some are questioning whether a it is worth the trouble and cost. One in four people making payments on student loans are having trouble making their payments, according to the Los Angeles Times, and a college degree is not a guarantee that a person won’t wind up living paycheck to paycheck. As of the year 2008, two thirds of all students left college with some debt, and the average amount of student debt was $23,200. The total amount of all student debt in the United States is expected to reach $1 trillion during 2011, according to MSNBC, and there are whispers that student loans are the next bubble due to burst. About 7 percent of all student loans are reported to be in default, and because student loans can’t be discharged in bankruptcy, delinquent loans will perpetually harm a credit score.

Good news on the horizon

Students about to graduate may have an easier time getting hired out of college, according to CNBC. The National Association of Colleges and Employers reported recently that businesses were more likely to hire recent college graduates this year than in a similar survey from last year. The NACE reported an anticipated 19.3 expected increase in hiring for spring of 2011 and a 13.5 percent increase anticipated in the fall of 2011. Granted, any actual increases in hiring remain to be seen, but there are some indications that some people will have an easier time getting hired upon graduation.