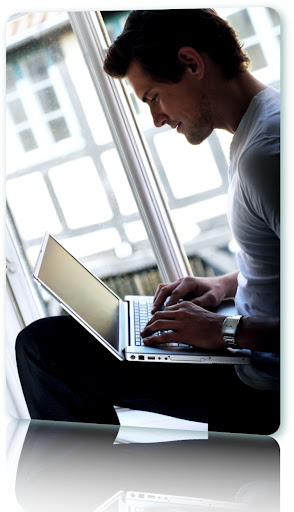 Check out where the jobs will be.

Specialists in short term loans, finances and money in general, are set for the next decade, or so says a recent study of the hottest jobs around. According to the study, Financial Examiners and Compliance Officers should be the nation’s two hottest career choices in the next 10 years.

The Labor Department reported the information this past week. Although financial analysts were high on the list pre-recession, now they have fallen totally off the top 30 list. Robert Johnson, Senior Managing Director at the CFA Institute said, “The finance industry grew so rapidly that people were attracted for the wrong reasons. People were buying and selling assets they didn’t understand.”

The Labor Department is projecting that Financial Examiner positions should grow throughout the next decade by 40 percent. Banks, insurance companies and financial firms need Financial Examiners and so do government agencies, by the way.

For anyone looking to start a new career, it’s a great option to look into. Johnson added, “In particular targeting a career towards government agencies can be highly beneficial to a worker. These are the types of jobs that will be needed and most likely won’t go away any time soon.”

The Compliance Officer is similar to a Financial Examiner but they are mostly employed by the government and financial firms. The job forecast for this career is set to increase by 30 percent by 2018, reported the Labor Department.

The total need will be for about 341,000 Compliance Officers able to handle the detailed work of maintaining legal conformance to new government protocols regarding finances. Because of the new model of lenders, there will be a wide variety of needs for these positions. Governmental involvement with a wide variety of money-handling corporations will call for a Compliance Officer’s aid.

Other jobs set to grow

In addition to Financial Examiners and Compliance Officers, there are other career choices set to be in demand. Accountants and auditors are needed. Over the next 10 years, these two markets are projected to add 279,000 jobs.

According to the Labor Department, the two professions “will benefit from an increasingly complex regulatory environment.” Congress is contemplating sweeping legislation to govern Wall Street and its financial dealings in the future. Companies will need experts in the field of short term loans, financial rules, and government protocols on tax filings to help them sort through the new legislation.

The future of job seekers

It’s clear where the future is headed. After the recession almost every company will need financial experts to maneuver the way through hefty changes in rules. In particular financial institutions will need both Financial Examiners and Compliance Officers to help them stay current with all laws.

In addition, the Labor Department projected the usual need for continued growth in the health care industry. The aging population is creating a bigger demand for nurses, physician assistants and home health aides. For example, physician assistants are expected to jump by 50 percent and create 1.4 million jobs by 2018. Part of their popularity is because they normally can offer the same care that doctors do, but at a much more cost efficient rate.

The Labor Department releases its job projections every two years, and it predicts how many jobs the economy is expected to generate over the following decade. Financial specialists who understand short term loans, long term asset management, financial projections and investments are going to be in high demand. So will Compliance Officers who can maintain a company’s legalities, and as usual, nursing and health care are high on the list, too. For any consumer looking for the next career move, these are telling signs of where the economy will be heading.