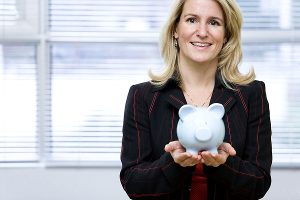 We aren't quite out of the recession yet. Using our savings wisely is as important as ever.

Savings, short term loans and strategic budgeting are all needed to manage in this economy. The recession is said to be over, but there are still a lot of troubled waters to wade through. This past week the Federal Reserve pledged to keep interest rates at a record low to help drive down the unemployment rate and encourage continued economic recovery. Despite nascent signs of a decline in new unemployment filings, the country still has a long way to go in terms of complete resurgence. Federal Reserve Chairman Ben Bernanke said that interest rates are going to be kept at an all-time low due to the following issues:

These are the main issues that are plaguing the economy and without some notable change in each one of them, the economy will continue to struggle

The target rate for bank lending is anywhere from 0 to 0.25 percent. Because of this, commercial banks are able to keep their lending rates at about 3.25 percent, which is lower than it has been since the 1950s. These banks are the institutions that supply credit cards, home equity loans and other forms of short term loan products. Although many believe the low interest to be a blessing, there are still some issues with the move. First of all, people who are looking to save may or may not find adequate savings vehicles. For example, a survey of community banks showed that the average six to nine-month Certificate of Deposit has an interest rate of just 0.6 percent. Secondly, when the interest rate is kept at an all time low, people living on fixed incomes may find it difficult to manage. Michael Darda, chief economist with MKM Partners, said, “A lot of our clients are elderly and in former years lived on the interest they received from investments. Now that the interest rate has fallen so drastically, it’s difficult for them to manage without some supplemental financing.” A lot of these elderly are finding it necessary to use short term loans, savings and family help to manage through the difficult economy.

Since the financial market is stabilizing, the Federal Reserve is looking to close off some emergency lending plans. Most of them are set to expire in 2010 and they won’t be extended. This seems to be a confident move by the Fed that shows their belief that the economy is well on its way to recovery. One clear sign is the mortgage rate situation. Rates on 30-year loans are at 4.8 percent, which is down from 5.4 percent last year. The Fed said it has “leeway to hold rates at super-low levels because it expects that inflation will remain subdued for some time.”

The Future of Lending

The future of lending is still up in the air, but what the Fed has accomplished so far is good news. It is working to keep rates down to further encourage growth. Bernanke has made it his primary focus to sustain economic growth throughout 2010 and into 2011. The goal is to bring home equity loans, short term loans and investments back to a place where they can truly benefit the consumer.