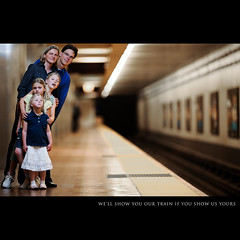 We are going to share a real life story of a family who avoided additional hardship after being taken advantage of by a bank, thanks to short  term loans online. Of course we have to change the names of the people who benefited from the online short term loans for privacy reasons. Please read the following story of the Joneses and their experience with big banks and installment loans for people with bad credit.

Economic hardships can be prevented with short term loans

The “Jones Family” got more than one short term loan online in order to squeak by in this harsh economy. Mr. Jones was having trouble making sure that he kept track of all the debit card transactions between himself and his wife. Add automatic deductions to the account and internet purchases and Mr. Jones had a receipt for disaster.

Big bank fees cause big shock to the budget

Mr. Jones had no idea that the big bad bank was going to reorder debits and other deductions to the account in a very strange fashion. After planning a trip for his family for several months, everything seemed to be in place. The Jones family had a great time and had not a clue what was about to happen to them financially. Their budget was going to undergo a radical change without their knowledge or permission. 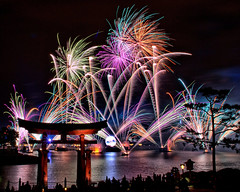 After a great week of vacation, Mr. Jones finally was able to get online and check the family bank account. Shockingly the bank was claiming they were over drafted by almost $1,000 dollars. Mr. Jones had set up automatic overdraft protection with a secured savings account credit card. There should not have been 10 overdraft fees charged to the account. It was going to take more than one short term loan online to get the Jones out of this budget crisis.

Upon close examination of the banking record, it was revealed that there should have been enough cash in the secured credit card account to cover the overdrafts. There was approximately 15 debit charges to the account for various vacation expenses. There was the addition of an early debit for auto insurance to the account for approximately $200. This brings us to the scandalous part of the story.

The bank reordered all the small debits for the vacation that were in “pending” status and put the larger insurance debit first ahead of the others. This was strange since the insurance debit actually accrued after all the small debits in the account. Interestingly enough, the bank reordered the debits to create 10 overdrafts instead of just one. So, to borrow about $100 or so, the bank charged Mr. Jones $350. To say the least, the Jones were outraged.

It is bad enough when the bank did not take the money out of the overdraft protection account to cover the insurance payment, but to reorder all the debits for the vacation in order to profit to the tune of $350, that is simply highway robbery. The Jones were not only shocked but extremely upset. Being that the bank would not have any mercy on the Jones, they were forced to obtain short term loans online to make ends-meat while they paid off this outrageous debt.

This is a common tragedy in the United States today. Big banks and financial institutions are taking advantage of working families. They pay the media big bucks to villainize short term loans online but they charge people in excess of 30,000% APR and call it a fee. Short term loans online are definitely a far cheaper alternative than overdraft fees.

Learn from the Jones Family mistakes

If you are like the Joneses you may want to keep better track of your online debit transactions and possibly get a short term loan online before you go on your vacation and pay for everything with cash or at least make sure you have extra money in your bank account. That would have saved the Joneses several hundred dollars and prevented massive headache and anxiety.