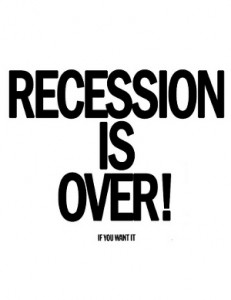 Well, perhaps not until the end of 2009. People need more short term loans than ever. (Photo: flickr.com)

People are still looking to short term loans as further data on the market continues to be reported. Although trade, housing and employment are all seeing weak performances in the market, some economists are saying stabilization is close at hand.

One major concern is the continued lag of U.S. exporting, which potentially could hamper improvement in the economy. The hindrance is particularly damaging to large manufacturing giants like Honeywell International and 3M Co., which are companies that have huge foreign markets.

Although U.S. imports also fell, analysts are claiming that this drop is signifying a leveling-off point is within reach. Nigel Gault, chief U.S. economist at IHS Global Insight, stated, “The composition of exports suggest that the global economy is beginning to stabilize. The steepest export declines are behind us. But given the weak state of overseas economies, we do not expect the U.S. recovery to be export-led.”

3M Company is a huge exporter of Scotch tape, Post-It notes and automotive parts. Even this giant has seen sales drastically diminish throughout the first quarter of the year. This can be attributed to a significantly lower overseas demand for products. In the past, 3M made approximately two-thirds of its annual revenues from outside the U.S.

When large companies are suffering, the American people’s situations reflect the same hardship. Many people are trying to find creative ways of wading through the recession by extreme budgeting and short term loan options. Anne Frienstein of Greenwich, Connecticut stated, “We used to have money left over at the end of each pay week. Now, we’re just trying to get to the end of the week by using serious cut backs and short term loans. Like a lot of our friends we’re down to one paycheck.”

Many homes are seeing a great stress in the recessive economy. Although President Obama’s stimulus plan is hefty, it has yet to work itself through the economy and make a positive impact on everyday life for consumers. They are left to manage their budgets with a vigilance that is reminiscent of The Great Depression of the 1930s and 1940s. Beginning with Black Tuesday, the day the stock market crashed, the Great Depression brought about many of the same results consumers are seeing today. International trade fell by 50 to 67 percent, personal income fell and profits dwindled. The industrial areas of the country suffered, with construction being almost completely halted in many places.

Most analysts agree, however, that there is an upturn on the way. Analyst for Deutsche Bank, David Beglieter, said that there are “clear signs of improvement…especially with demand in China expected to pick up due to Beijing’s stimulus package.” Though China reported a decline of almost 23 percent in its exporting, their trade remains stable. Analyst Dilip Sarangan noted that “Some companies have entrenched themselves into local economies, and this increased focus helps them weather the storm better than companies that use standardized approaches for all foreign countries.”

What the Future Holds

The U.S. recession’s analysts agree that the end of 2009 should be when the country hits its low. Then slowly, it should start rebounding. Hopefully, when the turnaround does come, consumers will start seeing tangible benefits. Americans would gladly exchange short term loans, budgeting and cut-backs for more jobs, rising house values and better tax policies. Most economists and analysts believe that if people are patient, soon there will be some relief.