Short term loans have been part of society throughout history 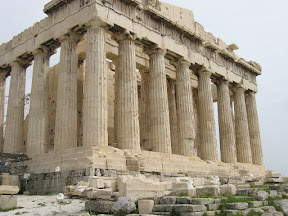 Something like short term loans lending has gone on since before the Parthenon was built. Image from Wikimedia Commons.

Despite objections from critics, short term loans have been part of human society for a long time. Short term loan lenders have always existed. They aren’t likely to be going anywhere, either. There have been many calls made for usury caps, just like in the good old days. The thing is that the good old days are an idea of a time and place that never really existed. People will always need a loan until payday, and they will always be able to get one.

Advance cash in the ancient world

The history of short term loan lending is longer than some think. Short term loans were lent against a future payday of sorts, often a harvest or lot of manufactured goods for sale. For instance, a barley farmer would borrow money for seed and repay the lender either with a portion of the harvest, or part of the proceeds of the sale of that season’s crop plus interest. The Code of Hammurabi, among the earliest law codes, had provisions concerning the lending of emergency money, debt payment and collection practices. So did the Twelve Tables of Rome.

The heady days of usury caps

In the early days of the United States, each state had a usury cap. Usually it was set below 10 percent. However, similar services to payday loan lenders existed then. In the 19th century, small, short term credit against future earnings was borrowed from underground private lenders or small loan companies, beginning in large urban and industrial cities. The borrowers were usually the lower middle class and would pay the loans until payday back over a few months. As these loans could not be made under the usury caps of most states, they were unregulated and illegal.

In order to meet demand, people had to borrow from illegal lenders. In order to make meeting demand safe and legal, states began passing laws raising the cap for small loans. Demand is what drives payday lending. People will always need it, and will always get it You can read more in the payday lending facts and statistics report on Personal Money Store.