Home > Tips > Short term loans do not cause bankruptcy

Short term loans do not cause bankruptcy 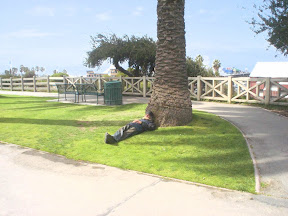 Some contend that if you borrow short term loans, you'll be bankrupt and homeless soon after. No such correlation exists. Image from Wikimedia Commons.

Critics of payday loan and short term loan lenders contend that people will get sucked into a spiral of debt and be bankrupt within months if they so much as cast their eyes at a payday loan store. If that were true, no one would borrow them. Not only that, but a wealth of evidence would point to it, like bankruptcy filings. Serious study of the cash advance industry indicated that the correlation between borrowing money from a lender and bankruptcy was incredibly thin. In fact, according to CBS, a 2009 study by the American Journal of Medicine, six out of every 10 bankruptcies were due to medical expenses.

Link is thin at best

One study found that there was a slight correlation between payday customers in Texas and bankruptcy filings, although the number of payday customers who filed for bankruptcy in the study was less than 2 percent of those studied. A study conducted after the bans on payday loans were enacted in Georgia and Oregon found that more filings for Chapter 7 bankruptcy were observed in areas where payday lending was banned.

Because most studies of the demand for short term loans have found that unexpected expenses were the most common reason for borrowing, it is not likely that payday loans have much, if any, effect on personal bankruptcy. You can read more in the Payday Loan Facts and Statistics Report on Personal Money Store.