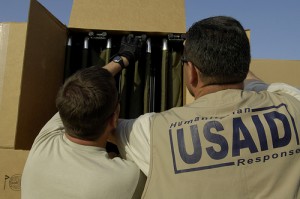 Payday loans applications are flourishing as medical costs continue to weigh down Americans.  Currently there are millions of people seeking aid from government programs.  These programs can be confusing, however, and many people are being rejected for innocuous reasons such as location, rather than need.   Government aid comes in the form of health care, housing aid, and food stamps. But each one comes with its own set of rules and regulations to be eligible, and truly needy people can get caught in the red-tape.

Beverly Johnson of Kosciusko, Mississippi lost her job at a Bible college. When she went to request unemployment, she was told that as an employee of a religious school she was ineligible.  “That was a shock,” she said.  Most Americans believe that unemployment is there if they are let go but there are underlying rules with every government program.

Because there is so much fine-print when it comes to getting government assistance, payday loans are filling the gap.  When people need money, they look to payday loans as a reliable option because other options are so uncertain.  Martin Summerstein of Miami, Florida stated, “We use payday loans because they are available to us. You can’t count on the government, because one day help is there and the next it isn’t.”

The New York Times did a study of state enrollment for six federal assistance programs and found a huge amount of disparity between them.  In California, only 50 percent of people who need food stamps get them, whereas in Missouri almost 98 percent of people get them.  In South Dakota, 19 percent of unemployed people get unemployment benefits, while Idaho gives benefits to 67 percent of its out of work citizens.

Political scientist at Harvard Theda Skocpol stated, “The system for helping Americans in need is very fragmented, and it confuses everyone. Some people are covered, and some people are not, even though they look like they’re in very similar circumstances,” says the New York Times.

The stimulus package has about $100 billion in safety net provisions but each state is able to decide whether or not to take advantage of it.  A few governors believe that to increase unemployment benefits would increase taxes on businesses and cut down on new job creation.  They rejected the assistance.

Some critics believe that this extra fund is detrimental.  They cited that payday loans and easily available federal aid can cause people to mismanage their budgets consistently.  “If people have options, they won’t be forced to rework their budgets and cut back where they need to. They can become dependent on extra money instead of being responsible.”  Stuart Butler of the Heritage Foundation believes that added government aid could also discourage people from seeking more education and better paying jobs.

In the end, President Obama has a lot to sort through.  His team has to react to the crisis and find ways of including needy people in government aid programs, without driving the economy deeper into a recession.

Shiela Zedlewski, of the Urban Institute, said “We have people (receiving all benefits) but we have far more people who get nothing. … A significant group remains outside the safety net.”  In the meantime, people are trying their best to use payday loans, family assistance and the government programs they are eligible for to stay afloat.  Hopefully, the president will be able to include help for everyone based on need and not on whether they find their way through red-tape.

Get started HERE for Payday Loans