The Role of Small Personal Loans in a Debt-Based Economy 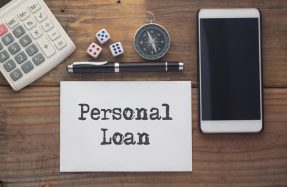 Small personal loans are debts that individuals incur for a variety of reasons. The loan proceeds, which are typically less than $3,000, can be used for almost any legitimate purpose. For example, borrowers may use the loans to pay medical bills, redecorate a home, pay for a vacation, cover car repairs or pay off a credit card. If the borrower does not offer an asset that the lender can legally seize if the loan is not repaid, the loan is said to be unsecured. An unsecured personal loan is sometimes called a signature loan; the lender has only the borrower’s promise — his signature — that the loan will be repaid. Most traditional and online personal loans are unsecured; small personal loans are an important part of the American debt-based economy.

Throughout history, there have been several types of economies, many of which were not debt-based. For example, if individuals had more grain than they needed, they might trade the excess for the homemade goods, vegetables or animals owned by others. They could then use the items they obtained for their personal consumption or use them to pay workers. However, the bartering system was inefficient when dealing with strangers or when it was necessary to import goods from a distant location. The system could also be disastrous if no one wanted to trade for grain or if would-be trading partners had nothing to offer that the individual looking to trade his grain wanted.

Early monetary systems eliminated many of the problems involved with bartering. Producing gold, copper or silver coins with a fixed value allowed buyers to make purchases with portable assets that sellers were willing to accept. However, before a government could strike any coins, it had to have a supply of the metals, so the maximum number of coins in circulation was limited to the amount of the necessary metals possessed by the government.

According to an article posted on TheAtlantic.com, prior to obtaining its independence from Britain, Americans used a variety of currencies. These included Spanish, French and British coins as well as furs, nails and tobacco. There were even several issues of paper currencies known as bills of credit. After becoming an independent nation, America returned to coins; the founding fathers were opposed to paper money and bills of credit. However, over the next few decades, many private banks produced their own notes; some were backed by coins or bullion held in the bank’s vault, but other notes were not backed by anything at all.

Federal paper currency did not reappear until the Civil War. The Union needed a massive amount of money to pay soldiers and purchase equipment, so the government produced more than $450 million — over $8 billion in today’s money — in greenbacks. Theoretically, the value of the paper currency depended on the ability to exchange it for an equivalent value in silver or gold. When America went off the gold standard during the 1970s, however, the final link between paper currency and precious metals was severed.

Although the U.S. Mint began as an agency of the State Department, it was moved to the Department of the Treasury in 1873, shortly after the Bureau of Engraving and Printing was created. The BEP produces paper currency, while the Mint produces coins. During the first few decades of its existence, the BEP could print money under the direct authority of the federal government. After a series of financial crises and bank runs resulted in many bank insolvencies, the Federal Reserve System was created. The Federal Reserve is the country’s central banking system and was created to handle a variety of tasks, including the control of the money supply. The BEP prints money for the Federal Reserve Bank, which then loans money to other banks with the expectation that these banks will make loans to consumers and businesses.

At every step in the lending chain, interest is charged. Therefore, every dollar that is printed enters the economy with a debt attached. In essence, this makes the national economy of the United States debt-based although the complete explanation is somewhat more complex.

A debt-based economy only works as long as money stays in circulation. For example, the money that a business borrows can be used to hire workers and buy raw materials to produce goods that consumers can purchase. The workers receive money that they can use for their needs, the company’s suppliers can expand their business and the manufacturer receives money from the items that consumers purchase. To take it an additional step, consumers may use credit cards or small personal loans to make their purchases, allowing lenders to earn interest and giving them more money to loan. There will also be other entities involved in the chain, including the companies that transport the goods, those that supply the fuel to the transportation companies and state or local governments who collect sales taxes on the items purchased.

Consumer spending accounts for more than 70 percent of America’s gross domestic product, according to Forbes.com. The GDP measures the total value of all services and goods produced by a country and is widely used to tell whether an economy is expanding or contracting. Consumer spending is affected by the availability of credit, including small personal loans. When credit is tight, consumer spending declines, slowing the economy and reducing the GDP.

How Traditional and Online Personal Loans Help the Economy

For millions of Americans, the ability to obtain an unsecured personal loan can control the ability to make a purchase. Small personal loans for people with bad credit can be especially beneficial; it can be difficult to save enough to pay cash for a new washing machine, for example, while still meeting normal obligations without the benefit of a major credit card or sufficient credit to qualify for in-store financing. If the store cannot sell its inventory of washing machines, it will not need to order more; the manufacturer might need to lay off workers and reduce its orders for raw materials and parts. In the modern American economy, credit is an essential part of the economy — the most important part, according to MarketRealist.com.

Overall, having easy access to credit benefits the economy. Online personal loans have made it more convenient for borrowers to submit applications, and more lenders have become receptive to making personal loans to people with poor credit. Low interest rates have made purchases of new cars and the use of credit cards more attractive. Student loans have become an increasingly popular way to finance higher education. As a result, consumer debt in the United States reached $3.7 million in August 2017, according to TheBalance.com. As long as the unemployment rates are low and the economy is growing, everything works well overall. However, if the nation experiences an economic crisis — as it did in 2008 — massive consumer debt can have serious and far-reaching repercussions.

Even without an economic downturn, too much personal debt can be a problem for individuals. Their employer might decide to outsource to another country, for example, and eliminate jobs in America. A serious illness in the family could prove devastating, especially if the family must rely on the earnings of the ill person to meet financial obligations. Thus, when considering online personal loans or other types of consumer credit, borrowing wisely can help protect against future problems.