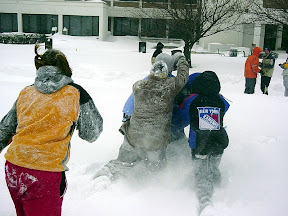 College students have to larger personal loans to pay for school, and have fewer good paying jobs to look forward to, leading to more defaults. Image from Wikimedia Commons.

College students have to take out personal loans these days with increasing frequency and size to fund their educations. A college education is great to have, but the huge expense that has to be taken on may have led to a rising rate of default. The students profit least from the current system.

There has been a somewhat unsettling trend at many universities across the nation for years now, which is the rising cost of attending and graduating from institutions of higher learning. It has meant more students have had to borrow some sizable personal loans to get an education. Loan lenders don’t mind it, of course. The lenders of the installment loans that students have to take out to get a college education have to bear in mind that student loan defaults are at about an 11-year high, according to Fox News. Unfortunately, the most common lender that students have to get a loan from is from Uncle Sam, which means that if students take on more debt than they can afford to  get an education, it’s the taxpayers who get stiffed.

Rising costs of tuition are just one of the daunting prospects students face today. More college grads have fewer jobs available to them, and at lower wages. This means that students have to borrow more just to have a smaller chance chance of getting a job — and a smaller paycheck.