Retirees May Need Personal Loans if Social Security is Gone

Baby boomers may struggle in retirement 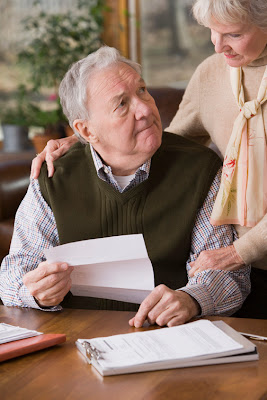 Baby boomers may need extra savings, personal loans and family help to make it through their retirement. The bailout of 2009 was huge. It was supposed to spur on the economy and return the lending and auto industries to successful operations. Though its long-lasting effect has yet to be seen, another aspect of the economy is now calling for help. It’s the Social Security system that is the next big problem for the government to tackle. According to the Congressional Budget Office, for the first time in a quarter of a century the Social Security system is taking in less in taxes than it is putting out in benefits. The system is the biggest social program around today and that makes it a priority warranting quick action. It needs help from the Treasury to avoid bouncing benefit checks.

The government hasn’t officially announced that the Social Security fund is negative, but the numbers have been released to calculate proof. The interest that Social Security earns on its trust fund for 2010 will be $120 billion and the overall Social Security surplus for 2010 is $92 billion. That leaves a $28 billion deficit in the year’s fund on September 30th, the end of the fiscal year. Though some would argue that interest isn’t factored into the equation, there is good reason for that. Interest includes IOUs the fund gets on holds of government securities, but it isn’t liquid and, therefore, pays no money into the system to count on.

Social Security hasn’t been negative since the 1980s when the same issue arose. The Greenspan Commission report resulted and created money by instructing Congress to trim benefits and raise taxes. The moves created cash surpluses, but those have been used for the last 20 years to help finance the rest of the government. Though it was predicted the surplus would last much longer, the reality is that the cash-strapped government went through the money quicker than hoped.

Social affect of the deficiency

Social Security currently makes up more than 50% of a retirees’ total income. That’s bad news for people who were relying on Social Security benefits, along with personal loans and family aid to make monthly payments. Add to their problems the fact that housing values are down, savings are depleted and credit is sparse, and that creates a difficult retirement for the average senior citizen. To make it through the recession most seniors tapped heavily into their cash reserves and no longer have the funds needed to sustain themselves without help.

A few years ago, it would have been simpler to fix the issue. The government could have used Social Security’s cash surplus to buy non-Treasury securities. Government-backed mortgage bonds or high-grade corporate could have substantially helped to cover the shortfall of funds. Now, that is no longer an option.

The future of seniors in retirement

Only time will tell how the government will overcome the shortfall of Social Security. With the huge number of retirees counting on their benefits, and a new generation entering the system monthly, something will need to be done quickly. Creating a new stimulus may be the only option to fuel the fund. Until then, seniors may need to rely on personal loans, savings and family help to make it through retirement.