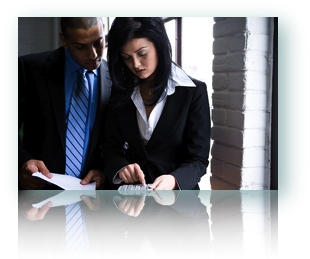 The unemployment rate is still high, and people continue to lose homes after failing to meet mortgage payments. Credit card debt also eats into their finances, leading them to borrow even more money from lenders. However, there still are people who have good jobs with better than average wages, no credit card debt or personal loans, and are looking for help in restructuring their finances. They have enough retirement and emergency savings, but they are worried that certain expenses may lead them into an undesired situation. These are not people who are looking for personal loans, but rather, they are trying to stay out of debt, but do not know what to do. Managing money is a skill that even those with extremely large salaries, such as executives or even actors, may not know how to do.

An example of this has been reported in the Washington Post (12/27/2009). The story starts out by profiling a couple, who are both federal employees who have saved nearly $160,000 towards their retirement and continues to contribute $1,700 a month towards this fund. They have one child as well. But they worry consistently about a large, but still affordable, mortgage payment each month, as well as a student loan of $22,000. Apart from that, they say they have a habit of dining out regularly, which takes a big chunk of their income. While they have thought about cutting down on their retirement contributions to finance their habit of dining out and keeping up with their mortgage payments, they realized that both options are unviable and they have sought counseling to see what can be done about their condition.

What a Situation to Be In!

Here is a couple who has everything they ever need in life, including a good job, a nice home, decent cars and all the luxuries. However their current debts are not such that they cannot be handled, as all they need to do is make some minor adjustments in their daily habits. Yes, they must give up on some of the luxuries and impulsive habits that they had developed over the years, which will mean more cooking at home rather than going out to eat. The money they save can go towards the student loan that they have. They could even cut down on certain other expenses that they may be indulging themselves in. A reduction in the contribution they are making towards their retirement is certainly not an option, as this is the last place they need to skimp on. What will happen if they get to retirement age, and all they have is enough to barely eek out an existence? Getting a personal loan that age would perhaps be a monumental task with higher interest rates. Instead, they could look at a loan modification for their mortgage and seek lower payments. As they have a good income coming in every month, a personal loan is not recommended. The problem they face is not the same that many others face, and they are not among the millions who are looking for loans from lenders, but rather, they have problems managing the money they have.

Get started Here for a Personal Loan!