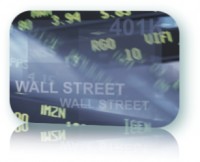 Short term loans are a popular option with Americans as the deficit reaches record highs.  Budget deficit totals were released, and the federal deficit has surpassed $1.8 trillion, according to the White House.  That’s more than four times last year’s high. It’s reached this level because the stimulus package handed out billions more than anticipated to fuel the economy, and the government is receiving less money from taxes because of lost jobs and companies making much smaller profits.

The huge deficit is a direct result of the combined impact of the 2008 recession, the Wall Street bailout and Obama’s stimulus bill. In addition, the economy isn’t performing as well as hoped, and that’s having a huge impact on the government’s financial outlook.

What is being done

Obama announced an administrative cut of $17 billion in wasteful programs a few weeks ago. However, the deficit increase is more than five times that amount. Budget director Peter Orszag said, “The deficits … are driven in large part by the economic crisis inherited by this administration.”

The White House is working on officially releasing its proposed 2010 $3.6 trillion budget. Included are the details of various tax proposals and the pending health care reform. This budget represents President Obama’s vision for fiscal policy for the next decade.

Americans have not seen such a deficit since World War II.  Economic analysts state that the most telling statistic is the ratio of deficit to GDP, which would be 12.9 percent, the largest it’s been since the war. In the past 30 years, the government has sought to keep this number at 4 percent, and is attempting to bring it down to 2.9 percent within the next four years.

Because higher-paying jobs are sparse, consumers are looking to short term loans and careful budgeting, along with major cutbacks, to get them through the recession and beyond. Polling data is proving that Americans are more concerned than ever with the huge deficit and managing debt.

A call for action

Marc Goldwein of the Committee for a Responsible Federal Budget, a bipartisan group that advocates budget discipline said, “Even using their February economic assumptions — which now appear to be out of date and overly optimistic — the administration never puts us on a stable path. The president … understands the critical importance of fiscal discipline. Now we need to see some action.”

Obama’s budget outline was submitted to Congress in February, but it remains an arguable topic. It does introduce higher taxes for higher-income Americans, an effort he maintains will bring about the funds to challenge global warming and fund health care reform.

It’s not clear how long lending companies will be tightfisted.  Many Americans are bracing for a long cold financial winter, looking to short term loan options and cutbacks as a way to make it through these difficult times.