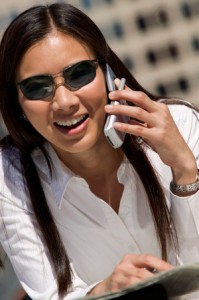 The unemployment numbers are still up there, and people are still relying upon personal loans. Don't give up!

Personal loans are still funding people’s lives as the unemployment rate still suffers. In the month of November the number of jobs lost was greater than the number created. This is telling of the true state of the economy because limited job creation initiatives mean that the economic turnaround may be farther off than hoped. In 36 states, the unemployment rates dropped but that seems to be the effect of more people leaving the work force. Those who are unemployed but due to frustration have stopped searching are counted in the labor force. It’s bad news that job creation is not up and the Labor Department is focusing on the numbers. The number of jobless has risen for the past six months and is now at 5.9 million.

The Good News Regarding Unemployment

Although numbers are down, further investigation shows that jobs are on the rise. John Grubbs, analyst for the Labor Department, said, “Jobs are being created, but not at a high enough rate to overcome the unemployment rate.” Nineteen states added jobs in November, down from 28 states in October. Despite being down, there are still signs that the economy is regrouping. For example, of the eight states where the unemployment rate rose, five added jobs. All except for one state showed a notable growth in the work force, which is indicative of more people looking for work.

The biggest problem with unemployment is that more people are being left to fend for themselves when it comes to finances. Margaret Bauer of Las Vegas, Nevada said, “I lost my job in 2008 and since then, I haven’t found anything. After a year, I gave up…I may start looking again when things get better, but until then I don’t want to waste my time.” The job market is pushing people to give up on searching and rely on savings, personal loans and family help. Bauer is not alone. New surveys are showing that many unemployed people are putting their searches on hold. A number are freelancing, some are doing odd jobs and even more are relying on family and friends for help. A growing number of consumers are combining households to make it through the post-recessionary market.

Another good sign is that the unemployment rate went up in November when compared with October. Though this sounds contrary to logic, a deeper study shows that it is a positive show. Economists noted that part of the reason for November’s decline in jobs is due to workers leaving temporary positions. Historically, when employers begin creating temporary positions that means they are close to creating permanent positions. Harvey Lenin of Economy.com said “Employers test the waters with temporary work. Once they need help they are more likely to start off slowly before taking the plunge… most employers want to see when the economy truly turns around before they commit to introducing full-time positions.”

New research is showing that the employment rate is still unpredictable. There are signs that it is moving to stabilization, but it could take a few more months before employers are confident enough in the market to start hiring permanently. Until then, consumers are still relying on personal loans, savings and family help to fund their monthly expenses. Hopefully, once the market shows more signs of returning to normal, employers will open their doors to full-time workers.