Personal Loans – Much Better Than Stealing 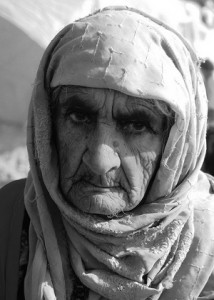 None of us are made of money. Rather than spending impulsively, why not work out a sensible budget? (Photo: flickr.com)

Could a personal loan have helped De Livera Shanela Ruwanthi, 21, of Sri Lanka? She was caught stealing $37 worth of food and was charged a fine of $1,000, with an additional fine of $5,000 for bribery. She tried stealing a carton of ice cream, cookies, pasta and fish fingers. She hid them in her purse. According to the Straits Times, she tried to bribe the two security officers with the $150 she had with her.

Why Steal if You Have Money?

If she had $150 with her, why did she not just pay for the items instead of trying to get away with stealing the items? According to the article, if the court decided to do it, she could have been sentenced to up to five years in prison and a $100,000 fine. $100,000 is definitely more than $37, and it doesn’t take much brainpower to realize that stealing is ultimately going to cost more money in the long run than it would to just pay for your items outright.

Was She Trying to Save Money?

If she was trying to save money, stealing was not the way to do it. In fact, if she would have just paid for the items, she would have been able to save the money that she was fined for college or a good used car. Instead, she chose to satisfy short term desires instead of considering the future consequences of her actions. But can we fault her for doing that when it’s human nature to satisfy short-term desires? Consumer debt, i.e. credit cards, is the ultimate result of satisfying short term desires. Can we really judge Ms. Ruwanthi for stealing illegally, when most of us are guilty of stealing legally through consumer debt? Personal loans, however, when used correctly, can help you get out of debt. Be sure to create a workable budget before you take out a personal loan and you will be fine.

Invest in Your Future

Many people do live in the moment, without considering the future. But then they wonder what happened when they end up old, broke and living on assistance. Where is the millionaire lifestyle that they imagined? It went up in smoke with their overindulgence and overspending. You need to take time now and create a budget that will handle your immediate needs of food, shelter and clothing (secondhand, if possible) so that you can perhaps save up and invest your money to have that millionaire lifestyle later in life. Getting the trendiest fashions or driving the best car in the neighborhood is fine if you can afford it now without getting it on credit and save for the future at the same time. It is too indulgent if you cannot afford it now without getting into debt.

Much like criminal fines, debt comes with consumer fines called “interest rates.” These rates are also known as a “stupid tax.” When you charge a purchase on your credit card to buy something that you really do not need, you are agreeing to pay these fines. In the long term, buying that extra pair of shoes or fancy garden tool on credit is going to cost you at least two to three times the original price than if you were to just buy it with cash. While personal loans may be useful to get you out of debt in the short term, it should never replace proper budgeting and planning. If you are a bargain shopper, buy with cash that you have earned—not with what you haven’t yet earned, or what you can pay off in the short term.