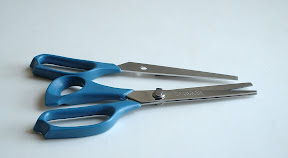 Consumers are cutting up their credit cards, as they're relying more on personal loans. Image from Wikimedia Commons

During economic recessions, you expect people to tighten their belts and cut down on their use of credit, of any form.  It is certainly true that some tightening has happened, but it isn’t as much as you’d think.  It is instead the case that some forms of consumer credit are being used more, while others are being used less.  Credit cards are being paid off, and fewer utilized, but personal loans are being utilized more.  One of the best forms of debt relief is to pay debts, and it seems that consensus is to pay off the cards and be on manageable plans for everything else.

Personal loans on the rise

For the second time in the last 14 months, there was an increase in certain amounts of consumer debt in the United States.  The credit products that were on the up and up were non-revolving sources of credit, such as student loans and personal loans, according to MarketWatch.  The amount of non-revolving credit, such as personal loans, went up $9.4 billion for April.

However, one of the most common sources of consumer credit is beginning to slip.  Credit card debt fell more than $8 billion in April, and the overall amount of credit card debt held nationally has not gone up since it peaked in June of 2008.  Non-revolving credit sources, however, have posted gains twice since then.  The result was an overall gain in consumer debt of slightly less than $1 billion overall, a gain of half of one percent.

Increase in other debts

The debt held by the government rose less than $2 billion, and the bulk of those loans are student loans.  The appearance of this economic data would be that consumers are becoming skittish about revolving sources of credit, and would rather stick to installment loan payments over time.  This is not unreasonable, as making the minimum payments on some credit cards can take years to pay off.