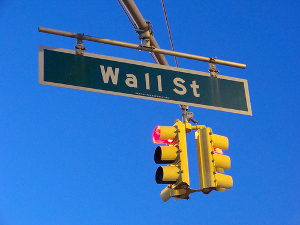 People everywhere are looking toward alternative choices – from payday loan funding and strategic bartering to rationing out necessities – to weather the current financial storm. In the recession, people want to make ends meet any way they can, and traditional options for funding are no longer readily available.

Consumers are more open to looking for financial help from less traditional sources and they are entertaining options they may not have researched prior. One Idaho (the Grammels) said, “We have been tightening up our budget as much as possible these past few months. The hope is that the recession will soon be over, but no one truly knows just yet what state it will be in when that happens.” Most consumers are taking the same attitude, trying as best they can to be ready for long-lasting financial strains in their budget.

The Department of Labor announced that unemployment claims are up to 640,000 this week, which is 15,000 more than anticipated. Analysts are closely watching the unemployment rates, knowing that their decline is indicative of an upswing in the economy. Numbers are proving that that upswing isn’t here just yet.

Economists too are vigilantly watching the unemployment rate, knowing that it could be an indicator of the recession’s end. The past has proven that when jobless claims peak, the recession has approximately six to 10 weeks left to run its course. In the past few weeks, jobless claims have remained somewhat stable, and on the high range. It may mean that they will level off soon and analysts are hoping for a substantial drop after that.

The National Association of Realtors assessed that home sales fell three percent last month, down from 200,000 units sold in February. Analysts expected a fall in the house-building rate, but not this much. Lawrence Yung, the NAR’s chief economist stated, “Results were a little disappointing, considering homes are more affordable than they have been in years and mortgage rates are near record lows.”

The NAR also estimates that over 50 percent of home sales are from foreclosures or distressed properties. This number represents the byproduct of a recession, but there is some hope. As FDIC chair Sheila Bair states, “I think we’re past the crisis stage. We are in the clean-up stage now.”

That clean-up stage does not yet include extending loans to consumers like usual. People still will have to rely on alternative funding, such as payday loans, family loans and downsizing for a while longer. Though the banking crisis is hoped to be headed on an upswing, it hasn’t been formally proven by numbers just yet.

What This Means to the Consumer

Analysts are optimistically predicting that the recession is coming to an end and the U.S. will see clear indicators of this soon. For now, the housing market and job market are still leveling themselves off. It will take some time before consumers see the result of an improvement in the economy. This means that finding money to pay bills will still be a chore for most. Thankfully there are options available such as payday loans and discount stores, to help stretch the consumer dollar.