Home > Finance > Do You Have to Be Employed to Receive Payday Loans?

Do You Have to Be Employed to Receive Payday Loans? 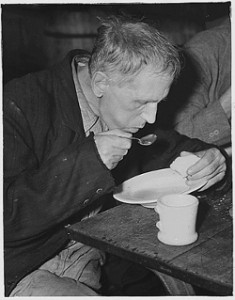 Do not discriminate! So long as he draws steady income, some payday loan companies don't care if that income comes from an employer, the government or court-ordered support. (Photo: flickr.com)

At Personal Money Store, one of the primarily qualifications a consumer must meet in order to receive a payday loan is that they must be actively employed for a pre-determined length of time. It’s an indicator of steady income, which traditionally signifies that the consumer will be less of a financial risk in that they’ll have the money to pay back their loan. It’s also a safety measure for borrowers, in that only those with consistent income – or, to be more precise, a sufficient level of livable income – will be allowed to enter into a contract with a payday lender in the network to which Personal Money Store has access.

However, desperate times may indeed call for desperate measures on the part of some major payday lenders. That’s what a KEPR 19 story out of Pasco, Washington indicates. The CBS affiliate found that not all payday loan companies require the consumer to be drawing a paycheck. In the Tri-Cities area (of which Pasco is a part), the answer to whether consumers could get a payday loan with an unemployment check as their only source of income was “Yes.”

As in, “Yes, We Do Not Discriminate as to Income Source”

Moneytree, Check into Cash and Advance America (three of the top payday loan companies in America) told KEPR Action News that they would not only cash a consumer’s unemployment check, but would issue them a short term loan based upon that proof of income. Thus, “you don’t even need a payday to get a ‘payday loan,'” says KEPR.

Advance America says they accept such proof of income because doing otherwise would be discriminatory. The federal government does not allow traditional lenders to discriminate based upon a consumer’s source of income, so “non-traditional” payday lenders are following suit. However, Advance America did acknowledge that “only a small percentage of clients are using unemployment checks for loans.”

Sandbagging Before the Storm?

Whether you’re talking unemployment, social security or even child support, some payday loan companies will say yes. This could be because the state of Washington is preparing to make life more difficult for payday lenders and the consumers who use their products. In 2010, the maximum amount a Washington resident can borrow will be $700 (not to exceed 30 percent of total monthly income). In other bad news, payday loan customers will be entered into a database used by state lenders. The purpose of this database will be to prevent consumers from taking more than eight payday loans in a single year. While this could protect some consumers, it could also be argued that the lack of privacy and the nanny state mentality behind such a database doesn’t make for a more financially independent society.

At what point did Americans lose sight of the values of educating oneself and making appropriate decisions based upon one’s own knowledge? Now it’s apparently OK for government to educate consumers through nanny state regulations. Make it harder for consumers to get payday loans – because you’re TEACHING them! Brilliant! Put the cookies on top of the fridge and schedule nap times while you’re at it.

Setting limits and guiding children is one thing… but administering the same treatment to adults is completely inappropriate. People must be given the chance to learn and save THEMSELVES.

“There’s always ways around it, but I do think that if nothing else they’re going to put up hurdles to jump a little higher and try harder and maybe that will make the consumer wiser,” said Yvonne Fengler of Consumer Credit Counseling in reference to Washington’s payday loan laws.

And that has never been the cookie jar’s fault. The minority of payday loan customers who do create unmanageable debt for themselves through short term loans make for sensational news copy. They owe large amounts and the media feigns sorrow as they cry along to stories that are indeed sad. Yet such sloppy journalism is like a sugar cookie: tasty, but far from nourishing.

Oregon has placed a hard 36 percent APR rate cap on payday loans, and mandated that consumers have 31 days to repay (rather than the two weeks that is standard in the payday lending industry). Studies indicate that this harmed the financial welfare of credit- liquid asset-constrained consumers in the state. Washington can do better for its residents, whether they are employed or not.