Educated Consumers Use Payday Loans During the Recession 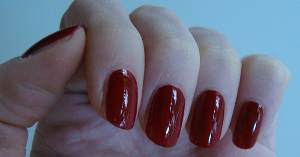 Rather than being a product of impulse or vanity, payday loans are a reflection of consumers’ reaction to a harsh economic climate. (Photo: flickr.com)

There currently exists no definitive study of how payday loans are used. Researchers from both sides of the aisle (pro and anti-payday loan interests) are working on it, however. For now, there are studies like “What Do High-Interest Borrowers Do With Their Tax Rebate?” by Marianne Bertrand and Adair Morse of the University of Chicago. They attempt to make sense of the correlation between spending and borrowing habits in relation to the 2008 tax rebate checks. What they find is that there is consistent evidence supporting the idea that the average payday loan user experienced a lessened dependence upon payday loans because of their tax rebate check. In so doing, I suggest that these average payday loan customers are not so impulsive and uneducated as reactionary media would have the masses believe, but reacting to a difficult economic climate in a natural way.

Bertrand and Morse identify different payday loan usage groups, from low to medium use and a smaller high-use group they classify as “temptation” or impulse spenders. While most payday loan customer groups showed a marked decline in the use of Internet payday loans following the appearance of their tax rebate check, the temptation group showed no such decline. The size of this group is marginal compared to the majority in the authors’ survey.

While the temptation group tends to be governed by impulse and use payday loans for non-essential things like large entertainment purchases and vacations, it is significant to note that payday loan users as a whole in the survey did not tend to use their tax rebate check to pay down or “retire” their payday loan debt (only nine percent said they did). They did tend to answer that they were using payday loans to help with regular monthly bills.

Low-to-middle frequency payday loan users (the bulk of those surveyed), are more likely to use payday loans as an infrequent bridge between paydays, absorbing surprise budget gaps. A related study by Shapiro and Slemrod that the authors cite (“Consumer Response to Tax Rebates,” 2003) indicates that this group tends to depend upon credit when their budget is unable to handle financial shocks.

Details of the Study Sample

Here’s how Bertrand and Morse’s study worked. For two weeks they distributed surveys at 70 different payday loan outlets. As added incentive to participate, customers were offered a free one year magazine subscription. In total, the final survey sample included 881 people. Contrary to media rhetoric that the payday loan industry preys on the elderly, the median age of the respondent was 42, and their monthly income averaged $2,257 (around $27,000 annually, which is neither rich nor destitute poverty). Only five percent lacked a high school diploma, while a telling 15 percent lacked a college degree. Thus, the average payday loan customer is educated, which also runs counter to the popular media image of simple people being manipulated by payday lenders for their life savings or something equally ridiculous.

Looking For a Buffer

The authors’ study results appear to indicate that tax refund checks and payday loans play a similar role, although the one-time nature of a tax refund means that the buffer it provides against surprise expenses is temporary. Considering the average appearance of respondent demographics, it could serve to reason that the predominance of those in the survey who claimed they had to depend upon credit of the payday loan nature during emergencies are in fact… average people. They are not an exploited minority or fringe group. The case of temptation spenders – being more aberration than norm in the study – could simply indicate that there will always be a segment of the population governed by impulse rather than genuine need. Such a condition exists among payday loan users, but it is hardly symptomatic. Numerous studies indicate that more extreme financial behavior exists throughout society and is not confined to lower income groups.

Everyday Living and Payday Loans Do Not Mix

Clearly, everyday dependence upon payday loans (such as those observed in the temptation group) is harmful. The temptation group’s habits placed them in a situation where they needed to use their tax refund for staving off catastrophic situations like eviction or utility shutoff. Excessive use of payday loans (just like excessive use of credit cards or other types of consumer loans) could lead to such difficult financial straits. The onus falls upon the consumer (whom studies like Bertrand and Morse’s indicate are generally educated) to correct their behaviors or seek help in doing so. To their credit, reputable payday loan companies are able to steer consumers in the direction of credit counseling, should the need exist.

Borrowing Decisions: A Product of Duress, Not Coercion

The bulk of American society has been under financial duress during the current recession. It’s difficult to argue otherwise. The constraint of one’s shrinking economic reality forces them to make difficult decisions. Bertrand and Morse suggest that while their study tracks spending and borrowing patterns of payday loan customers, what is truly needed is a study that reveals the thought process an individual goes through when facing financial shocks. If it is reasonable to assume that the bulk of those surveyed in the authors’ study – low-to-mid use payday loan customers who are covering for infrequent troubles – correlate into a bulk of American society, then it would seem that this generally educated populace is reacting to harsh conditions. That there is not a permanent reduction in payday loan use observed in either of the surveyed groups would seem to suggest that even after the tax refund check has made its impact, economic environment conditions persist. These are educated people – “average” in age and income – who run into difficult situations. If payday loans can spare them from financial catastrophe, it is not unreasonable to think that they would consider the option.