Home > Finance > Loans are Hard to Come By, But Payday Loans Still Pay Out

Loans are Hard to Come By, But Payday Loans Still Pay Out 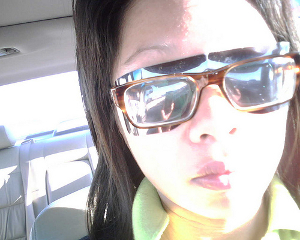 Don’t go with blinders on when you need money this recession. Payday loans pay. (Photo: flickr.com)

Payday loans are still helping people fund expenses as most other loans are tightening up their request procedurees. According to the Federal Reserve, the last three months have seen banks making qualification for loans harder than ever in response to the struggling market. A Federal survey showed that 50 percent of banks have revamped their lending policies, up from 45 percent earlier in the year.

Sixty-five percent of banks said that non-traditional loans, like adjustable-rate loans and payment options, are also hard to procure. Earlier this year, only 50 percent of banks were revamping their non-traditional loan packages. Richard Yamarone, economist for Argus Research, stated “Even if you had a stellar credit history, banks were reluctant to lend in this environment.” The odds of people going into default is high considering the unemployment rate for the country hasn’t yet hit its high according to analyst.

How Are Credit Cards Faring?

Almost 60 percent of banks said that credit card loans are going through the same reworking process, making it harder for consumers to get funds. Overall, people are no longer at the liberty of using credit cards to pay off debt at their leisure. There was a time when credit cards helped to pay bills on time. Those days are gone and payday loans (and other loan near you options), are replacing the typical credit card usage. In the future, most banks predict that there will be a continued deterioration in credit quality for all home and business loans, with more than 70 percent of all banks admitting their loan portfolios were less than what they used to be.

It is critical to spur lending once again if the economy is ever to get out of a recession. The Fed has created a record low in interest rate to persuade businesses and consumers to start spending again. This is in response to the housing boom of the former year when lenders were approving people without concern for their actual financial health. Suddenly as a result, home values plummeted and foreclosures increased drastically. Banks were in the position of having to manage huge losses.

Understandably, banks are wary of lending again. Yet without some return to normalcy on the lending front, the recession will continue. The government is working hard to stimulate lending in an effort to revive the economy. Both banks and tax payers are being targeted for aid in this difficult financial time.

With traditional lenders being unable to help consumers, they are left to find other ways of finding funding. One way many people are making their bill payments is through payday loan companies. These are companies that set up short term loans for qualified consumers. They extend a certain amount of funds, as based on the consumer’s salary, for a short period of time to accepted borrowers. The funds are automatically paid out to the customer’s bank account once he or she is approved. Funds are then recouped on the borrower’s next payday. The simple loan process and request procedure is making these types of loans popular with Americans who need immediate money. With traditional loans unavailable, and with the climate of financial uncertainty for at least the upcoming year, people are happy to have the payday loan option.