Home > Finance > If Payday Loans are Killed Off, what Takes their Place?

If Payday Loans are Killed Off, what Takes their Place? 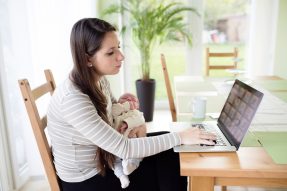 Payday loans are targeted for regulatory destruction. What will replace them?

One of the biggest questions that arises over the possibility that payday loans could be legislated out of business by the Consumer Financial Protection Bureau, or CFPB, concerns whether any comparable loans will replace these emergency, short-term loans.

Consumers have come to depend on these payday advance loans, and most internet loan borrowers support the industry with high approval rates. For instance, payday loans Tuscon, AZ is just one of many places those in need can get cash when they need it. Frequently referred to as one of the fringe financial services, pay day loans offer easy-to-get online cash loans with fast approval rates to tide people over when they need cash. These loans include pay day, installment, auto title and paycheck advance loans. The CFPB has introduced a slew of new regulations that could drive payday loan lenders out of business, but the question remains, “Will something better replace them?”

The short answer is no according to an article posted on Theatlantic.com website. This study examines lending in previous decades and finds that there has always been a demand for emergency cash that’s been fulfilled by using pawn shops, maxing out credit cards, borrowing from friends and family members, gambling, obtaining loans from criminal organizations, selling plasma and committing other risks to get emergency cash.

The Barriers to Replacing Payday Loans with Something Better Are Substantial

The interest rates for short term payday loans must be higher than those for long-term loans and mortgages in order for lenders to cover their overhead and earn reasonable profits. Since these loans are only intended for use as stopgap measures, the high interest rates aren’t really the problem that draws criticism.

Many borrowers take out loans that they can’t afford to repay, so they renew their loans and get trapped into a cycle of debt. An article posted at Bigstory.ap.org reports that about 12 million Americans take out these types of pay day advance loans each year and spend more than $7 billion in interest charges, bank fees and other costs.

Many borrowers schedule too many automatic debits from their bank accounts or take their cash out before payday loan companies can debit the accounts, which causes the banks to charge fees. The default rates on these loans are high, so lenders naturally try to get their money by debiting the accounts several times. Each of these attempts results in additional fees, which payday lenders don’t receive.

The industry doesn’t earn ridiculous profits because quick payday loans are short-term, administrative costs are high and default rates are substantial. In fact, Theatlantic.com article found that the average profit margin for these lenders was only 10 percent, which is perfectly reasonable and less than many investors earn passively in the stock market. Lenders who have storefront operations net even smaller profits due to overhead costs, high employee turnover rates and shrinking markets–payday loan stores now outnumber McDonald’s franchises.

Any bank or credit union strategy to offer short term loans as replacements for pay day lending face these same barriers, and 36-percent caps on short-term loan interest rates, which the CFPB is recommending, won’t work unless other changes are made to the business model such as tightening approval rates or lengthening repayment periods. Two-thirds of payday loan profits are eaten by overhead just to keep the neon lights flashing, and 20 percent of paydayloan borrowers default on repaying their loans.

Fringe financial services such as pay day loan companies have always targeted low-income families who need options to raise cash or get things for their homes. These services include pawn shops, loan-shark operations, rent-to-own companies, subprime mortgage loans, tax refund loans and other services. Regardless of whether a particular service is legal, the business model is still the same: Interest rates reflect the degree of risk, overhead expenses, default rates, competition and supply and demand forces.

Given the hard realities of offering fast payday loans to as many people as possible, it’s hard to imagine that any organization could offer substantially lower interest rates for the same types of short-term loan products. Without these loans, low-income families and people with poor credit ratings will often turn to alternative financing methods, many of which are riskier and more expensive than payday loans.

Most payday loan critics expect that banks will take over short-term loans, but even the banking industry has expressed reservations about its ability to offer loans to most consumers at rates that fall within the CFPB’s recommendations. The costs of underwriting these loans would cannibalize profits from other loans.

Elizabeth Warren, a chief architect of the CFPB and well-established foe of online payday advance ending commented, “If you’re considering taking out a pay day loan, I’d like to tell you about a great alternative. It’s called ‘Anything Else.’” Warren has also recommended that the postal service partner with banks to serve as offices for short-term advance payday loans, but this option could create big problems for postal workers who aren’t trained in how to run loan operations.

Payday online lending has been attacked from many quarters because the industry is an easy target in today’s media-savvy, soundbite culture. The Consumer Financial Protection Bureau, or CFPB, has been tasked with recommending financial reforms, and despite limits to its powers that include not being empowered to set interest rate caps, the agency has arbitrarily recommended a 36-APR limit.

Knowledgeable experts in finance–including those of the major banks–insist that this limit is impractical and unprofitable for companies that want to offer short-term or paydayloans. If this kind of lending becomes unprofitable or is simply banned, what might replace it? A CNBC.com quotes the Community Financial Services Association of America–a group of payday lenders–that calls the regulations a “staggering blow” to consumers.

The banking industry, which once gleefully anticipated offering lucrative new loan products if paydayloans lending were banned, can’t offer workable alternatives to payday advances under the CFPB’s proposed interest rate limit. People from lower income brackets–and even those with higher incomes but poor credit–don’t have access to credit and loans from traditional money sources like banks, so the end of payday advance lending could prove catastrophic to many families. Consumers depend on easy-to-get loans for their emergency cash needs, and possible replacements for payday lending include:

WashingtonPost.com reports that the CFPB regulatory proposals would eliminate 80 percent of payday loan companies in their present form. The payday lending industry developed after states deregulated interest rates and has grown into an $89 billion industry. When an industry is that lucrative, it’s easy to see why payday loan offices have become more common than McDonald’s franchises.

Many people have come to depend on this source of emergency cash, and taking away the supplier won’t curb the need. Almost all the alternatives to payday loan lenders would necessarily concentrate on longer repayment periods and greater lending restrictions based on each borrower’s credit score, so disenfranchised people will face the same problems securing these loans as they would in getting credit from traditional loan sources.

All the alternatives to pay day loan lenders would force disenfranchised consumers to suffer embarrassment, attempt risky borrowing practices or receive denials of their applications for emergency cash. The tradeoff of paying higher interest rates for short-term pay day loans includes borrowing anonymity and almost universal availability to people regardless of their credit scores, employment history and debt obligations.

The free enterprise system–left on its own–resiliently deals with companies that overcharge consumers or engage in unethical practices, but government overreach threatens broader consequences for multiple industries that include the traditional establishment’s banks, investors and pay day loan lenders.

Without access to emergency funds, people might choose riskier financing alternatives, or traditional lenders might start financing short-term payday installment loans. Payday lenders would be forced to consider alternative loan products that are financed over longer repayment periods to make their lending activities more profitable, which opens possibilities for providing many of the same financial services that banks, credit unions and savings and loan associations offer their customers.

Regardless of whether the bad credit payday loan industry survives, today’s rampant consumerism and high levels of debt have fostered a payday-to-payday culture where fewer than one out of every four Americans could cover six months of expenses from savings according to a Money.cnn.com report. Given the high demand for emergency cash, it’s likely that the payday industry will evolve to offer loans to fewer people over longer repayment periods or come up with other types of financial products. The loans may continue strictly as online products, or lenders could partner with other organizations to offer short-term loans and other products.

The real-world results will probably include retooling of payday loans for bad credit, greater participation in short-term advance lending by traditional finance companies, increased pawnshop lending and more internet loans offered by organized crime in communities throughout the country.