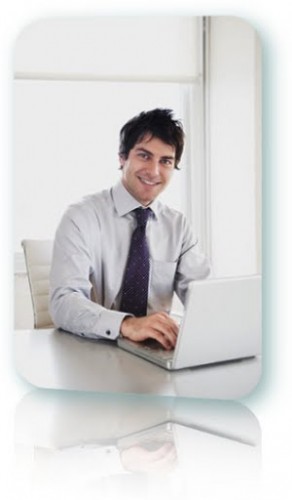 I just can’t stop kicking myself. First, I got slammed with $105 in bank overdraft fees. I am still recovering from it. Then, I came across this story in The Huffington Post that says banks made $24 billion from overdraft fees last year. That’s Billion. With a B. In one year. I feel like such a sucker.

I especially feel like a sucker because I knew all about payday installment loans. I know how much they cost. I know how quickly they are completed. And now I know that I could have saved a bunch of money if I’d gotten a payday loan in time.

Payday loans have gotten a bad rap. A small, loud group of angry people have convinced a lot of people, including my dad, that payday loans, or unsecured loans or cash advances — whatever you want to call them — are bad. The people who are angry about payday loans are the ones who used them irresponsibly and got hit with late fees.

However, those of us in the know realize that getting a payday loan on purpose and paying it back on time is far less expensive than accidentally overdrawing your bank account. My bank charges $35 for the first transaction that puts me at a negative balance. After that, it charges another $35 for each transaction after that until my account is returned to a positive balance. It doesn’t matter if it’s $5 or 5 cents, I get charged $35. That’s how I ended up losing $105 because I made three small purchases after an automatic payment went through and I didn’t realize my account was drained.

Where I live, the average fee for a $100 payday loan is $15. That’s a one-time fee. It doesn’t matter how many purchases I make with that $100. I could have gotten a $200 payday loan , and it would have cost me less than one bank overdraft charge.

Don’t fall victim to your bank

So everyone is going after the payday loan industry because lenders charge fees if you don’t pay back your loan. But where is the outrage about the ridiculous amount banks charge if you overdraw your account by even a dollar? Given the fact that the banks made $24 billion from overdraft fees in 2008, and they are on target to make $27 billion this year, people are starting to take notice.

The Huffington Post writes that “some banks post debits from the highest amount to the lowest, rather than chronologically, so a $4 purchase at 10 a.m. at Starbucks is posted to the account after a $68 dinner bill that created a negative balance.” That means the customer should have only been charged once, but she or he was charged twice. How messed up is that?

Don’t trust me, trust the numbers

You might still be thinking “I’m not sure if I want to do this.” Well, there is one sure way to figure out whether you are doing the right thing: Do the math. You don’t have to accept the terms of your payday loan until after you already know what your lender’s fees will be.