Why Use Credit Cards When There Are Payday Loans? 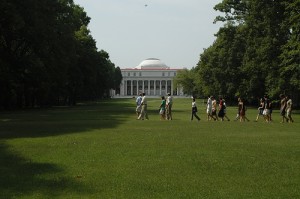 This Federal Reserve/Vanderbilt/Penn study tries to connect payday loans to credit ruin, but what they leave out suggests a rosier alternative. (Photo: flickr.com)

Credit cards have proven to be both a useful tool in establishing a credit history and a bane to those consumers who hope to maintain a good credit history. The temptation to “swipe and go” has been actively cultivated by the American media. With the magic plastic in hand, consumption is quick and easy. Those who pay off their credit cards each month may escape the revolving interest trap, but the vast majority of credit card users must not pay their balances in full. If they did, why would credit card companies offer reward programs? If consumers weren’t tied into earning points and paying interest fees, the programs wouldn’t be profitable for the companies.

What about Payday Loans?

According to multiple sources, over 10 million U.S. households use payday loans each year. These short-term Internet loans are paid off over a set period of time, typically two weeks’ time. It doesn’t matter if you’re in New York or Los Angeles or just looking for payday loans Topeka KS, they fulfill a need and are not a swipeable ticket to impulse purchases. Certainly payday loans CAN be used for impulse buys, but lenders make it clear that this is not advisable. Furthermore, the amount available is finite, typically smaller than the credit limit available on a credit card.

There must be a reason that consumers make such a choice, however. Agarwal, Skiba and Tobacman do not define such reasons, so I will attempt to fill the crucial gap.

Agarwal, Skiba and Tobacman analyze a sample of 102,779 people who took out payday loans from a single lender (this is significant, as I’ll show in a moment) and 143,228 with credit card accounts in states where the same payday loan company operates. They discovered that while credit card issuers used FICO scores as the primary means of determining a consumer’s credit worthiness, the payday lender used Teletrack scores instead, which tend to track borrowing history more on the subprime scale.

According to the study authors, Teletrack scores were eight times more effective at predicting payday loan default than FICO scores. Thus, it can easily be assumed that the more effective credit evaluation device creates more successful payday loan transactions that it would defaults and additional fees. The mainstream media is too often ready to accuse the payday lending industry of wielding such fees like a fire hose on unwitting consumers, but the truth of the matter is much less dramatic.

Even though the authors’ study indicate that on average, consumers who use payday loans have a lower average income compared with those who just use credit cards, the same study indicates that their average FICO score is still in the 620 or slightly lower range. Thus, they can still access prime credit cards.

Why is it then that, as the authors indicate,

Two-thirds of people in the matched samples have at least $1,000 of credit card liquidity on the day they take their first payday loans, much more than the typical $300 payday loan.

It’s an interesting question. A 2001 survey by Elliehausen and Lawrence regarding credit card availability and usage found that 56.5 percent of respondents who used payday loans had bank-issued credit cards with liquidity available, but 61 percent “hadn’t used them in the past year in order to avoid exceeding the cards’ credit limits.”

People Don’t Like to Admit When They Fall to Temptation

The authors show us that there is a steady decline in credit card liquidity leading up to the time when consumers take out payday loans, but the liquidity doesn’t disappear entirely. The authors comment that

This is interesting because it speaks to the question of why people borrow on payday loans. If liquidity were flat until a large drop one month before the payday loan form, we would suspect that a single large bad shock had unexpectedly arrived. Since we find average liquidity falling steadily, impatience, general financial mismanagement or persistent shocks seem more likely explanations.

Perhaps what Agarwal, Skiba and Tobacman define as “impatience” or “financial mismanagement” could include the psychological temptation having a credit card that needn’t be paid off in full each month (advisable, but generally not required). It would be worth studying that factor in greater detail, as I know from first-hand experience that having access to credit, using it and allowing it to revolve month-to-month is an easy trap. In my opinion, such situations are not out of the ordinary. Closer study is warranted.

The Author’s View of Payday Loans is Limited

Obviously, if you only survey financial results based on the clientele of a single payday lending operation, your results will be far from definitive. When the authors claim that credit card holders who take out payday loans are 92 percent more likely to experience credit card delinquency, such a dramatic number indicates to me that the statistical sample is much too small to be meaningful. If consumers evaluated by Teletrack are generally less prone to payday loan defaults, why would credit card defaults be all that different?

It is significant to note here that requesting payday loans does not generally depend upon or impact one’s FICO score. That is one of the major selling points of the product, as consumers with less than perfect credit can take out a payday loan for a set amount when necessary. There is no system of revolving credit at work with payday loans; the balance is paid in full at a set date two weeks in the future. Furthermore, since payday loans obtained after Teletrack reference are generally not recorded in a consumer’s credit history, other lenders cannot use a consumer’s payday loan history against them when they request large-scale loans for homes, vehicles, education, etc. If banks could use payday loan information against consumers, they most certainly would. Their track history of penalizing and confusing consumers with credit card terms prompted President Obama to step in with fair credit practice legislation, which in my mind only serves to support my argument that banks will charge whatever they can.

You’d think credit card companies would find any subprime information about a consumer to be valuable in their attempts to justify higher rates and limiting practices. The study authors indicate that the reason credit card issuers don’t normally use Teletrack is that the credit bureaus charge them for each credit query. Perhaps the leverage they can glean on a consumer is not valuable enough to counteract the fees?

Considering how much damage a consumer can do to their credit history by allowing revolving interest credit cards to spiral out of control, the set maturity period of payday loans could readily be considered a better option. From a psychological standpoint, not having a tempting credit card in hand when you surf E-commerce sites or drift through the local shopping mall could be advantageous to the consumer. While Agarwal, Skiba and Tobacman have the beginnings of a useful study here, a larger sample of both credit card issuers and payday loan businesses is needed to make a more meaningful assessment of the payday loan’s supposed correlation with credit destruction. Perhaps then consumers can more easily see that the practices of banks who issue credit cards may be the most harmful advice out there. See the video below if you aren’t convinced of that yet…

If you are looking for Payday Loans, Get started Now!