Payday Loans Prove Reliable in an Economy that Isn’t 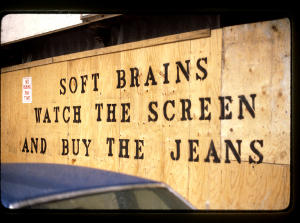 Consumerism must be jump started again by consumers, but credit card companies have to play ball. (Photo: Wikimedia.org)

The best thing about payday loans is that they are reliable. Post-recession, many people are finding the world of credit just isn’t what it used to be. In the past year, consumers rethought their former decision of using credit to make most of their purchases. Due to the recession, Americans cut back drastically on discretionary spending. That’s bad news for credit card companies whose business is predicated on consumer spending.

Fitch Ratings recently reported that income of U.S. credit card companies will “continue suffering because of the lousy labor market, bankruptcies and bad loans.” They are also citing that the continued unemployment rate of well over 10 percent is expected to last throughout much of 2010. “As a result [of the unemployment rate], the losses of credit card issuers could worsen further,” they stated.

The Consumer’s Relationship with Credit

Consumers have had a good relationship with credit card companies over the past few decades. While it was slated to benefit the credit card company more, consumers were still able to purchase big-ticket items they couldn’t normally afford without it. Credit card companies became lax, though. According to Justin May, an economic analyst for Fitch, “Lending companies were like fat and happy old men thinking their feast would last forever… What they didn’t realize was that nothing lasts forever. Even their bread and butter.”

From 2006 to 2007, credit companies were handing out credit left and right. They did little to study a consumer’s history or present financial situation, much less their ability to repay the debt. After extending too much credit and no return, credit card companies realized they were in a serious financial bind. The companies had little recourse once the recession hit its peak because people simply could not afford to pay their debt. Many people fell into foreclosure, bankruptcy or just ignored their financial commitments. All three were bad news for credit card companies who at one time had a strong tie to the consumer market. Suddenly, consumers in need of quick cash started looking to payday loans, friends and family and other alternative ways of finding funding. No longer were credit companies the only viable option for consumers in need of help.

What the Recession Has Taught Us

Now that the recession is officially deemed “over,” there are some lasting concerns. Credit card companies are still reeling and writing off huge debts. It’s estimated that there is about $3.5 billion in debt that companies admit they probably will never see. Consumers are still struggling to find funds. Though the market is somewhat stabilized, there is a lingering conservativeness with spending. People aren’t running out to use what little credit they have and credit companies aren’t extending new credit. Most people have tarnished credit reports now and don’t qualify under lenders strict policies. May added, “Credit card companies don’t want to risk any more than they have to and aren’t extending credit to those who need it. Though that is what they have been accused of doing for years, if they don’t extend credit soon, they won’t have a business.”

In the end, it will be up to the consumer to get the market rolling at full-steam once again. Though payday loans and family lending have sustained them thus far and proven to be more reliable options than credit card companies, hopefully they will change their ways. Lending companies are hoping people will start using credit to spur the credit industry on, once again.