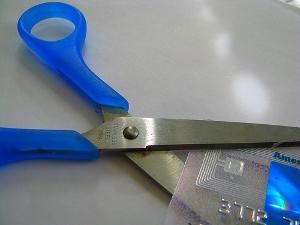 Payday loans are proving themselves to be lifesavers in today’s economy.  Traditional lenders are closing doors quickly to extending credit and it’s leaving Americans in a panic.  Bills are being left until last minute, expenses are being cut drastically and families are downsizing to handle the strain.  Normally credit card companies offer an invaluable service of allowing people to buy on credit and pay later.  In today’s market, this option is becoming obsolete.

For years, Americans have relied on credit.  It’s a great idea. The lender advances payment for a small fee and the consumer is able to pay later, while enjoying their purchase now.  Unfortunately with the recession, credit card companies are being forced to restructure their credit policies and procedures.  Consumers are the ones who will be suffering as a result, but there isn’t much they can do about it.

Some recent changes in procedure include:

Obviously this means customers are being charged a lot more in interest.  Credit card companies are taking advantage of multiple account holders by paying down their lower rates accounts, but not the higher-rated ones.  It’s useless to have a special introductory rate of zero percent if your payments on your normal-rated account are accumulating.

Lenders are safeguarding themselves by closing inactive accounts.  Many people have an emergency credit card kept aside for only special uses.  Credit companies are taking this as a threat to recouping money. Their thinking is if a consumer has an emergency card and suddenly starts using it, they are having a financial emergency. If they are in the throes of having to use an emergency credit card, what are the real chances of them being able to repay the money?  Companies don’t want to take the risk and they are closing accounts that have no activity on them.

Sure you were wooed to a credit card because of the reward programs, but those are quickly being cut.  This is the least detrimental for consumers because it doesn’t mean a monetary loss, but it still cuts down on their benefits.  Credit card companies are also asking card holders to spend more to reach rewards.

The economy is affecting credit tremendously and consumers are suffering as a result.  Many people rely on credit in times of trouble, but this is quickly being ended due to credit card companies changing their rules.

A lot of Americans are left to fend for themselves in the struggling economy. Those who have jobs are looking for 3 month payday loans as aid. Those who don’t are looking to extra money-making jobs on the side to tide them over.  Everyone is looking to 2010 for true answers and improvements in the economy, but whether or not it will benefit people like they think has yet to be seen. No one can accurately predict what the future will hold.

Is Relying On Credit An Option?

Credit card companies are changing their rules to protect themselves from further losses. This leaves card holders on the edge of their seats anticipating further credit cuts and cutbacks.  Credit is no longer a safety net for consumers, but rather another financial aspect of their budget that has to be vigilantly managed.  Only time will tell how much credit card companies will change the face of credit as they evolve through the recession.  Until there are some concrete answers, consumers are left to look to payday loans and short-term funding for their emergency financial needs.

APPLY NOW for your Payday Loans