Easy payday loans may be limited by consumer protection agency 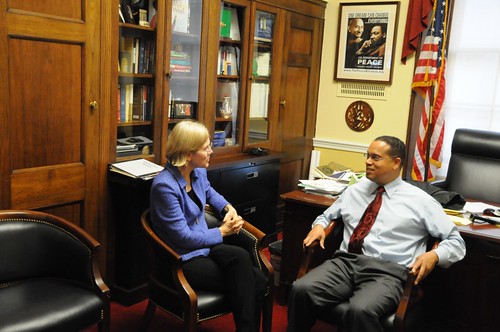 Those who have benefited from easy access to short term credit like payday loans should be interested in the financial reform bill that was just signed into law this week. A controversial aspect of the law is the formation of the Consumer Financial Protection Bureau (CFPB). A fight is brewing in Congress over who will lead the CFPB. Liberals want President Obama to nominate Elizabeth Warren. Conservatives are adamantly opposed to Warren, saying that she would impose rules that limit the availability of credit, especially credit banks refuse to provide, like payday loans and fast cash advances.

The Consumer Financial Protection Bureau will have the independent power to write and enforce rules about how loans are offered, from the type of mortgage you can get to the fees you pay on your credit cards. The Wall Street Journal reports that the agency will be able to enforce its rules against any bank with more than $10 billion in assets, as well as all large mortgage lenders, student loan lenders and payday loan companies. It will have an army of examiners in the field. Administration officials thought the concept would be so popular with the public that it would make the entire financial overhaul easier to pass. But Republicans went on the attack, saying it would create an ungovernable bureaucracy and restrict easy access to credit.

Elizabeth Warren is a front-runner to lead the Consumer Financial Protection Bureau. She is a Harvard University law professor who has spoken out publicly against the payday advance industry. She first proposed an office to protect ordinary borrowers and savers in a journal article three years ago. The Washington Post reports that shortly before the financial reform bill was signed into law on July 21, Warren made an early exit from a Congressional hearing about the $700 billion financial bailout that she is helping to oversee because she got called to the White House for a meeting. She later attended the financial reform bill signing ceremony with the President. Then she went out to lunch with Valerie Jarrett, Obama’s trusted adviser.

The buzz over Elizabeth Warret’s nomination is turning into a political fight. USA Today reports that Democratic Sen. Christopher Dodd of Connecticut, the Senate Banking Chairman and co-author of the financial reform bill, said there were “serious questions” about whether Warren was confirmable. Warren has been outspoken in her opposition to short term credit options like easy payday loans. Charles Calomiris, finance professor at Columbia University, told USA Today that “What we need really is someone not just with impeccable credentials as a passionate advocate for consumers, but also someone who deeply understands the logic of consumer finance. Elizabeth Warren does not qualify.”