Home > Finance > Payday loans are cheaper than the alternatives

Payday loans are cheaper than the alternatives 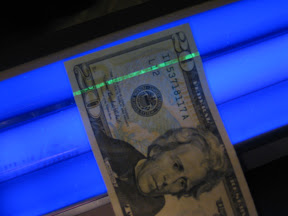 Payday loans can be cheaper than the few alternatives there are. Image from Wikimedia Commons.

There have been claims that payday loans come with too high a price. However, payday loans are actually cheaper than the alternatives. For instance, a payday loan can be far cheaper than paying the minimum payment on credit cards. A cash advance on a credit card can build a lot of interest over time. A short term loan from a payday lender can be far lower than the interest on an overdraft charge. It also goes often unmentioned that banks and credit unions don’t all offer a payday loan online same day type product because they can’t afford to.

Say a person goes into overdraft thanks to a debit card policy that automatically allows the overdraft at the point of sale or the ATM and charges a fee even if it’s only over by $1. If that customer incurs a $35 overdraft charge to borrow just $1, which is paid off the next day, that fee works out to 1,277,500 percent interest. A common charge of $35 per overdraft is the fee assessed by Wells Fargo and Bank of America, two of the world’s largest banking organizations. That makes payday loans some incredibly low interest loans compared to overdraft fees.

Banks and credit unions don’t have a real alternative for payday loans — for a reason. They can’t afford to. A study by Victor Stango revealed that not only were credit unions not able to offer lower prices on payday products and break even or profit, they were also hampered by not having hours or locations as convenient as payday lenders. Only 6 percent of all credit unions nationwide offered any sort of personal loan alternative to payday loans. Banks and credit unions also have more stringent requirements. There aren’t many loans for bad credit available at mainstream institutions.

The thing about payday lenders is that they went into a market where no one else would go.  Not only that, they succeeded. As result, they get called predatory lenders. Read more facts and statistics in the new payday lending industry report on Personal Money Store.