The Cost of Payday Loans: Not Excessive, Study Shows 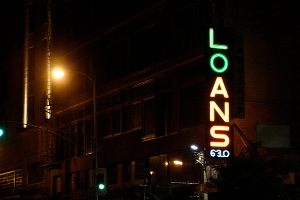 Pursuit of alternative financial services like payday loans is sometimes necessary. But do the costs break the budget? (Photo: flickr.com)

There are numerous entries in the volumes of study on payday loans which suggest that low- to middle-income (LMI) families are the most frequent users of the product. Where access to credit and liquid assets are limited – particularly in areas that are not well-served by the traditional banking industry – the need for short term credit is greatest. Yet payday loan industry critics continue to produce statistics which they claim are evidence that too much of LMI families’ income is being eaten up by the allegedly excessive fees that payday lending outlets charge for their services.

Not According to this University of Michigan/Federal Reserve Study

In an August 2009 paper entitled “And Banking for All?” by Michael Barr and Benjamin Keys of the University of Michigan and Jane Dokko of the Federal Reserve Board, we see the expense for alternative financial services like payday loans expressed in very different terms for LMI families. Contrary to your average slapdash media expose, their well-researched study found (using the Detroit area as a sample) that “for the vast majority of households, annual outlays on financial services for transactional and credit products are relatively small, around one percent of annual income.” Payday loans online same day and similar alternative financial services make up only a fraction of that, as we’ll see.

The Nature of the Study

Banked vs. Underbanked (or Unbanked)

The authors found that LMI households with access to bank accounts were more financially active and had access to more forms of credit than those households with little or no traditional banking usage. In short, the banked households tended to spend more. Underbanked LMI households displayed less willingness to access credit, but their status did not entirely preclude them from mainstream bank services. Furthermore, the state of being unbanked was shown to be a far from permanent condition. Expanding bank policies which strive to extend services to the “invisible minority,” would account for this.

“The alternative financial services sector plays a significant role in the provision of financial services to LMI households,” write the authors. According to Federal Reserve studies like those conducted by Brian Bucks et al in 2006, 25 percent of such households nationwide tend to be unbanked. This creates the need for such products as payday loans and check cashing services to fill the gaps that traditional forms of credit might be used.

Do Payday Loans Burden Them Unnecessarily?

That is a widely held view, but the authors’ findings suggest that convenient, easy-to-use payday loans have a negative financial impact on only “a small fraction” of LMI households. On average, LMI households (banked and unbanked) have been shown nationally to pay between $400 and $600 on payday loans yearly, which only amounts to two to three percent of annual income. For the Detroit area, the median was much lower, ranging from $41 to $98 for various credit services.

Time and distance costs for LMI households to use alternative financial services were observed to be somewhat more significant. In most cases this appeared to be the time and cost of transportation to get to brick-and-mortar payday loan and checking cashing outlets. However, I would suggest that if more consumers were aware of online payday loan services like those found at PersonalMoneyStore.com, time and transport costs would be greatly reduced or cut to nothing, so long as a home Internet connection is available.

LMI households necessarily displayed low level spending in the study. Mainstream financial service usage was low, as was alternative service usage (like payday loans). Being banked and having access to direct deposit – both of which are generally necessary in order to receive payday loans – are two areas in which LMI Detroit households surveyed were behind national averages. What this means, of course, is that widespread abuse of payday loan products would be impossible, as the possessing both of the above criteria is generally required.

Staving Off Food Shortages and Eviction

These were two categories where use of payday loans were reported among LMI households in Detroit, which would appear to indicate that such credit is relied upon in emergency situations (rather than in superfluous spending, as the media would have people believe). Access to more credit options (following a transition into the traditional financial services sector) would perhaps assist such consumers in dealing with financial issues, but the fact remains that most traditional banks simply do not have programs for which LMI households can qualify, whether it is because their credit rating is insufficient or the entry cost is too great.

Payday Loans and Fees: a Minute Percentage of Annual Income

While it is true that LMI households may curtail spending due to their relative lack of financial means, the observed debt load from payday loans and similar products didn’t prove to be excessive when they were used. Some financial institutions are rushing to catch up with payday lenders by offering similar products, but since they draw so much of their operating income from more expensive services like overdraft protection, there is little incentive to face risk and greater loss potential that goes with payday lending.

The savings factor is not included in the authors’ analysis, but they do mention that consumers who face credit restrictions and income shocks that threaten to destroy their budget could certainly benefit from such education. Sadly, such things as how to budget and maintain savings for a rainy day is still something that the American public school system tends to gloss over. Basic financial literacy is something everyone should be aware of, which is why a great deal of institutional reform is needed. To their credit, many payday loan outlets and traditional banks offer information on financial education, but the ideal time to learn is during childhood.

Why So Many Unbanked?

Recall earlier that I mentioned that payday loans aren’t terribly lucrative for banks, to the point that things like overdraft protection are more interesting for them. It is true that the costs of collecting small deposits are high in relation to potential earnings. The only way to make up for that on the institutional level is to charge a higher fee. Unfortunately, such fees even get started to maintaining bank accounts, particularly for LMI customers who banks might consider to be of greater risk. The fees make having a bank account less attractive to some of the more challenged LMI households. Costs for transactions, not maintaining a minimum balance and overdrafts are often excessive. And if a household has had difficulty maintaining a bank account in the past, systems like ChexSystems let banks know. It would appear that the traditional banking system itself is designed to oppose the entry of many LMI households.

Is it Any Wonder that Payday Loans are Popular?

They are popular, indeed. And the authors’ findings regarding payday loan fees in relation to total annual income clearly indicate that they are not an excessive burden. There is a need that payday loans fill. The aftermath for most borrowers is far from catastrophic. Only the slim catastrophically impacted minority make for juicy news, I suppose.