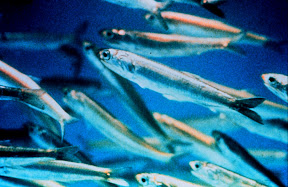 Ignoring mainstream consumer debt while criticizing payday loans as a debt trap is like killing the anchovies to save the sharks. Image from Wikimedia Commons.

Even with a down credit market, consumer debt levels make a payday loan debt trap seem like small potatoes. Most studies of the payday lending industry indicate that all payday lenders in America do less than $50 billion a year in business. There is 20 times that amount in outstanding debt on credit cards. Consumer debt, which people are encouraged to take on, is more of a debt trap than any payday loan could be.

$11 trillion debt trap is not from payday loans

According to Fortune, the mortgage industry does far more in business than payday loan lenders do. In fact, there is $10.6 trillion in outstanding mortgage debt. Mortgages, if they are configured with prepayment penalties, are meant to keep people paying.Credit cards are, too. There’s about $822 billion in debt on credit cards. Aside from mortgage loans and credit cards, installment loan debt, or debt from student loans, auto loans, and so forth, totals $1.6 trillion. Even more astounding is that these figures are a reduction from previous years.

The payday loan industry could not compete if it wanted to

The payday loan industry is 20 times smaller than the credit card industry.  The sum total of the all cash advances and payday loans lent out is less than $50 billion per year. Furthermore, most studies of profitability of the short term loan industry indicate profits at the largest of payday lenders are 10 percent or less. With such small margins for profit, according to the research that has been done, there is no way that any loan until payday is nearly as bad as critics contend.

Small fish in a huge pond

Payday loans for people with bad credit are such a small portion of the overall credit market, that it seems ridiculous to single them out compared to other sources of debt. However, payday lenders don’t have the benefit of multi-billion dollar ad campaigns. You can read more in the Payday Loan Facts and Statistics Report on Personal Money Store.