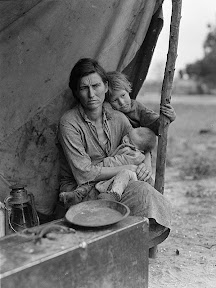 Payday loan lenders couldn't prey on the poor and desperate. If they did, they'd be out of business. Image from Wikimedia Commons.

It’s been alleged that personal loan lenders, like payday loan lenders, prey on the poor and desperate. The claim is that people that can barely scrape by are enticed to take out loans until payday. The payments are too much, and they get hooked into an endless cycle of debt. The catch, of course, is that payday lenders don’t prey on the poor. In fact, they couldn’t afford to prey on the poor if they tried.

If it were true that payday loan lenders preyed on the poor, that would be reflected in demographic studies. Unfortunately for critics, that isn’t the case. The average short term loan borrower is actually the definition of middle class. The bulk of payday customers make between $25,000 and $50,000 per year, they are more likely to be high school graduates or have completed some college, be married, have children and be younger than 45 years of age. Part of the argument that payday loans are predatory hinge on the borrower being unable to repay. Given that many payday lenders barely make $2 of profit from a single loan, it is hard to believe that fast cash would be lent to anyone that couldn’t repay it.

The presumption would be that cash advance lenders will give money to anyone just to get their hooks in them. That is far from the truth. In fact, it was found that up to 20 percent of first time consumers are rejected by the average payday loan store, and 11 percent of all applications are turned down. This means that even a lender of small loans has some definite criteria. The most usual criteria for getting a payday loan? That’s easy. It’s having some definite payday cash coming in.

Crusaders’ claims do not hold water

The idea that payday lenders lend to anyone is ludicrous. If borrowers were unable to repay, no payday loan store would stay in business long. Furthermore, the profit margin is usually 10 percent or less. That’s far less than Bank of America could tolerate. You can find out more in the Payday Loan Facts and Statistics Report on Personal Money Store.