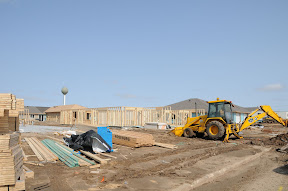 Mortgages are far more a debt trap than a payday loan could ever be. Image from Wikimedia Commons.

It is almost impossible to prove that such a thing exists as a payday loan debt trap. Like many social issues, the truth is a lot more complex than many would like to admit. For instance, it is true that a lot of people who borrow money from payday lenders take out multiple loans. However, it has not ever been proven that people are taking out new loans to cover their old ones, which is called a rollover.

The contention that payday loans trap a person into an endless cycle of debt has never been proved. However, a 2005 study found that many payday borrowers indeed did borrow money multiple times per year. One study found that 29.6 percent of payday borrowers surveyed had 14 or more loans in the previous calendar year and 9.9 percent took out two or fewer, but 28.1 percent had no renewals or rollovers. However, no study has ever ascertained why chronic borrowers, less than half of all payday loan store customers, borrow money with such frequency.

The reason why payday loan lenders exist is that they will loan to people that no other loan lender is willing to take a chance on. All a payday lender looks for is the ability to repay, not credit scores. The reason why people go to payday lenders is that they have nowhere else to turn to. A 2009 study of payday loan demand shows the number of people who borrow from multiple sources of credit is 91.6 percent. Johnathan Zinman found that 70 percent of the payday borrowers he surveyed either were not aware of or had no alternative to borrowing from a payday lender.

Some payday advance customers borrow frequently. However, consider also the debt trap of credit cards and mortgages. Few people ever will own their home outright, as few people stay in the same house or city for long enough. Because more money is lent by banks and credit card companies, those debt traps are legitimate according to social crusaders. That is some severely fuzzy logic. You can read more in the Payday Loan Facts and Statistics report on Personal Money Store.