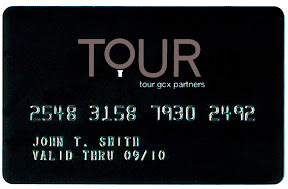 A credit card ban would be more beneficial than a payday loan ban. Image from Wikimedia Commons.

More than one social crusader has called for a payday loan ban. They paint a scenario in which people get hooked into a horrible loan until payday because they are desperate. Then an awful spiral of debt begins, and eventually the person is left penniless. The problem is that the reason a person had to borrow money in the first place is never addressed. If people were that concerned with burdens on the middle class, a ban on credit cards would be better.

A payday loan is borrowed for a reason

No one gets a payday loan for fun. The decision is never arbitrary. That supply and demand are involved often is left out of arguments over payday lending. A person needs to borrow money, so that person goes to a payday loan lender. The most common reason, according to most studies, is an unexpected expense that has to be covered. A power bill needs to get paid or a payment made on time, and a person can’t cover it. Some wonder whether a person would be better off using a cash advance from their credit cards instead of borrowing money from a payday lender.

People who borrow payday loans often use other forms of credit as well. A 2009 study of payday loan demand showed 91.6 percent of payday customers used other forms of credit. Borrowers are also found to have income ranges normally between$25,000 to $49,000 per year. People in the middle class, in this age of stagnating wages, often have to rely on credit cards to maintain their lifestyles. Minimum credit card payments can lock a person in for decades without touching the principle on a card.

One of the principle differences between the credit card industry and the payday loan industry is that credit cards are seen as an “institution.” Many people have the idea that an institution is good just because it is an institution. That is rarely the case, and a lot of people wouldn’t need a loan until payday if they hadn’t already been stretched thin by credit card payments. You can read more in the Payday Loan Facts and Statistics Report on Personal Money Store.