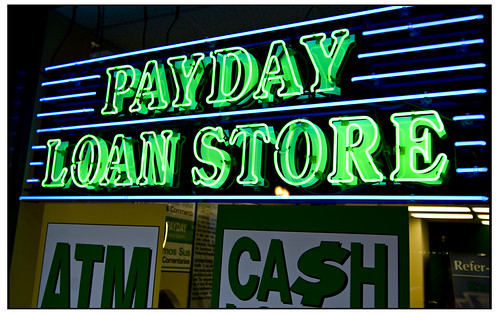 The Colorado legislature is attempting to sort out payday loan legislation, with only days until the end of the session. Image: Flickr / swanksalot / CC-BY-SA

Colorado Senate Bill 78 is an annual rules bill that was intended to create specific, enforceable rules for many of the bills passed over the last session. There are about 600 individual rules addressed in Senate Bill 78, including solid waste disposal fees, fire codes in schools, licensing of medical marijuana dispensaries and ski lift safety. After the bill had been passed by the House, Senate Republicans amended the bill to include a previously dead bill that changes payday lending laws in the state.

Last year, the Colorado legislature made significant changes to payday lending laws in the state. The fees and interest rates that lenders could charge were severely limited. The bill also limited origination fees on any short-term loan to $75. Lenders argued that the way the rules on this particular law were written was improper, and the Colorado House earlier this year passed legislation that allows lenders to keep their regular origination fees. The bill died in the Colorado Senate, however. Senate Republicans tacked the bill back onto the Rules Bill as an amendment, re-igniting debate on the controversial issue.