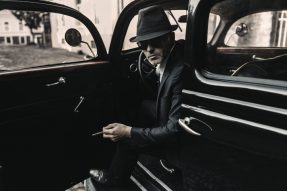 The Consumer Financial Protection Bureau, or CFPB, was created a few years ago to protect consumers from financial abuse. Proving its tenacity, the bureau recently went after a little-understood section of short-term lending, one involving websites that make a profit by selling information about people who are shopping for online installment loans. Reuters confirms that the agency fined the company for guiding people into bad and illegal debts. This incident proves that the payday installment loan industry is rife with crooked players.

What Will Lawmakers Do About the CFPB’s Proposed Rules Against the Payday Loan Industry?

In an attempt to protect consumers, the CFPB proposed new rules designed to curb some of the financial industry’s worst behaviors in May of 2016. For many years, major financial institutions have been taking advantage of forced arbitration clauses. This is the fine-print language that companies tend to bury deep inside multipage consumer agreements.

The Hill published an article reporting that arbitration clauses harm borrowers and allow banks to commit illegal acts and get away with them. The CFPB has proposed a rule that bans these forced arbitration clauses. But, will lawmakers support the agency? Banking and payday loan lending lobbyists and lawyers have been predicting that Republican lawmakers intend to eliminate the rule by implementing an obscure procedural act called the Congressional Review Act. By implementing it, Congress gains the power to kill a rule within 60 days of a regulatory body issuing it. When they do so, Congress also blocks the agency from enacting a similar rule in the future.

When the Payday Installment Loan Industry Gets Involved

The Huffington Post reports that the payday installment loan industry had a hand in editing a popular study about consumers and debt. Payday lenders got involved to create research, giving them something that they could use to fight against strict regulations.

Researchers revealed the source that funded the 2011 paper “Do Payday Loans Trap Consumers in a Cycle of Debt?” They did so to reassure readers that the installment loan industry had no involvement over the research or content of the paper. Arkansas Tech University gained access to correspondence verifying that the payday loan industry was actually involved in the research. Emails show that the industry gave Marc Fusaro, an economics professor, around $39,000 to write a paper. The industry also gave an undisclosed amount of money to Patricia Cirillo who was his research partner.

In return, the installment loan lending industry received initial drafts of the paper, allowing them to make revisions. The industry even asked the researchers to remove a section that made the lenders of online installment loans look bad. While this information is certainly damaging, it doesn’t seem to be harming the industry.

Even when local governments enact ordinances against the lenders of personal installment loans, the industry continues to thrive. An article in the Salt Lake Tribune reports that Utah cities were some of the first in the country to implement ordinances that limited the number of payday loan stores that could exist within their borders. According to researchers, the ordinances had little effect on the industry.

To determine that the state’s ordinances had little impact on the payday loan industry, researchers assessed a case study involving 11 Salt Lake County communities. Art Sutherland, the director of the Coalition of Religious Communities, said, “It may be a little hard to shop around because you are going to need a car instead of being able to walk from one store to another, but borrowers are still able to take out a loan from one guy to pay off the loan from another guy and pretty soon have to take out a loan from another guy to pay that off.”

In Utah, there are 553 loan stores that offer title or personal installment loans. This is more than the number of fast food restaurants like McDonald’s, Wendy’s and Subway sandwich shops in the state combined. University of Utah law professor and leading critic of installment loan lending, Christopher Peterson, agrees that the state’s ordinances have had no effect on the number of lending stores present. According to him, a better strategy would be to require these stores to post signs warning borrowers that they’re predatory lenders.

While Peterson’s strategy may be more effective, the chances of this becoming a legal requirement are slim. The installment loan lending industry has enough clout at both the local and federal levels to fight this kind of regulation.

According to a state report, Utah personal installment loans currently charge an average of 459 percent in annual interest. This rate is twice the amount that the New York Mafia charged during the 1960s.

With the crookedness that exists in the payday loan industry, borrowers must use caution when taking out a loan. To avoid being directed to a lender that operates illegally, borrowers should complete research. Check for complaints made to the Better Business Bureau or even just general ones online. Look for legal action brought against lenders. Read the loan terms carefully, and make sure that the fees and due date are stated clearly. Reliable direct lenders will ask for proof of employment, age and citizenship.

Corruption in the Payday Loan Industry