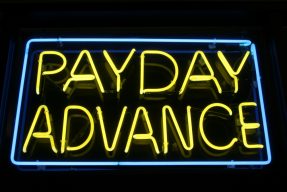 Over the last year, complaints against payday cash advance loans have tripled. According to the annual Financial Ombudsman Service report, complaints have grown because these loans are incredibly easy to get, so more people are getting them and being affected by them. Research shows that advance cash companies have seen their complaints triple in a year. From March of 2016 to March of 2017, the number of consumers that fell into debt grew from 3,216 to 10,529.

In addition to triple the number of complaints about payday cash advance companies, general credit complaints grew by 90 percent. Advance cash loans are financial products that feature short repayment terms and high annual rates. In most cases, borrowers are required to repay these advance cash loan amounts in just one installment.

The Financial Ombudsman report confirms that the increase in the number of consumers who are having trouble with credit is the most noticeable change that’s occurred over the year. According to the report, the reason behind more people landing in debt is that access to credit has loosened up. Also, consumers have more information about how to make complaints against paycheck advance loan lenders.

Provenir published an article about complaints made against the advance cash lending industry. According to the article, a considerable number of complaints were initiated by borrowers who used online templates. These templates can be a problem for several reasons. For one thing, online templates don’t require consumers to provide details about their issues, preventing direct lenders from figuring out ways to improve. Along with this, templates turn complaints into an automated process since providers respond to them with their own template.

Making Sure that Consumers Know How to File Complaints

Like the Financial Conduct Authority, or FCA, from the UK, the Consumer Financial Protection Bureau, or CFPB, has made sure that consumers know how and where to complain. The FCA established stricter regulations a few years ago when it cracked down on paycheck advance lenders in the UK. There, lenders cannot charge customers more than twice what they borrow. Caps on costs and fees are also in place. Paycheck advance lenders are often criticized for lending money to borrowers without making sure that they can afford it. Lenders should be assessing borrowers’ sources of income as well as their age before issuing funds.

The Ombudsman report noted that most of the complaints it received during the past year focused on loans that were established before the new regulations were in effect. Overall, more than 64 percent of consumer complaints were about banks while just 14 percent of complaints concentrated on insurers. Basic requests for assistance and advice from concerned consumers also grew.

The CFPB Expanded its Database for Consumer Complaints

When the CFPB began investigating how financial institutions like credit unions conducted business, the agency expanded its database to include consumer feedback regarding paycheck advance financial products. Richard Cordray, the director of the agency, said, “Before the Consumer Bureau, consumers who had trouble with advance cash lending products had few places to turn. By accepting consumer complaints about payday advance loans, we will be giving people a greater voice in this market.”

Today reports that the bureau will hear complaints from customers about unexpected fees or finance charges in addition to charges from lenders that are unauthorized as well as payments that did not go toward their loan balance.

The Trump administration is considering making complaints initiated by consumers to the CFPB’s database private instead of public, which is what they are now. If complaints are kept private, then this will effectively mute consumer complaints. Changes to the financial sector are unlikely to happen if people are unaware of the problems.

Supporters of the database state that it is a necessary tool, one that helps businesses and consumers resolve disputes. Those who are against the database believe that the information collected during the complaint process is shared and spreading it could damage lenders’ reputations.

The CFPB launched the complaint database in 2011, and it receives thousands of complaints about businesses including the lenders of payday cash advance loans each week. When it comes to reporting the failings of different financial services players, the database is a preferred tool of consumers and consumer advocates. As of July, 2017, 1.2 million consumer complaints have been logged into the database. Issues vary from poor mortgage practices to credit rating and debt collection problems. Compare these numbers to the 30,000 cases against the Consumer Product Safety Commission, which was established the same year as the CFPB.

The Treasury Department weighed in. It said, “One of the most frequent criticisms of the database is that, because it does not verify complaints or provide sufficient context regarding the related market and industry practices, it subjects companies to unwarranted reputation risk.”

Aaron Klein, the policy director for the Center on Regulation and Markets at Brookings Institution, disputed the Treasury Department’s comments. He said, “It’s the Yelp of financial services. Why would you want to eliminate that?” The banks say that they want the database eliminated because it’s not useful. Basically, financial institutions believe that it doesn’t resolve consumer problems. Instead, it creates problems for the banks.

The main issue for banks is the lack of verification regarding complaints. If the agency doesn’t bother to confirm the validity of complaints, then they’re not helping people make informed decisions about their finances. Virginia O’Neill, the senior vice president for the Center for Regulatory Compliance at the American Bankers Association, said, “The bureau has failed to address the significant problems in the accuracy, integrity and usefulness of the information reported in the database.” Since the CFPB formed rules against the paycheck advance loan industry based on consumer complaints, the rules may not even be based on accurate information.

Government agencies in the UK and the United States are encouraging consumers to complain when they feel that lenders have wronged them. Because of this, payday cash advance companies are reporting that their complaints have tripled. The CFPB used these complaints to craft law proposals, but was this the right course of action? There are those who accuse the agency of failing to investigate consumer complaints properly before it developed regulation proposals. To learn more about the increase in complaints, visit the Personal Money Store.