One needs a pay day to get a payday loan 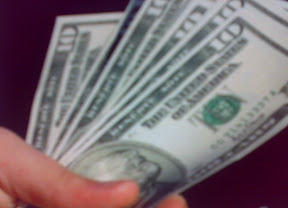 A person needs a payday to get a payday loan. Image from Wikimedia Commons.

The idea that payday loan lenders want to loan to anyone and everyone to get them hooked is ridiculous. Critics of the industry like to make claims about an awful debt trap and of predatory lending. The story goes that anyone with a pulse can get a loan of they ask. It isn’t true, and if any loan lender did business that way it would soon be out of business.

Pay day is the operative phrase in payday loan

A person has to have upcoming payday cash to get a payday loan. It’s as if the phrase “payday” somehow goes unnoticed, and that is not exactly the best way to build an argument. In order to get a payday advance, a person needs an upcoming payday; it is that simple. There are some glaring contradictions to claims about payday loan lenders, first being that they will let anyone borrow money, regardless of ability to repay. Nothing could be further from the truth. Not only do lenders pay strict attention to ability to repay, but if they ignored it they would soon be bankrupt and looking for a loan until payday themselves.

Ability to repay is the first criterion

The absolute first criterion among payday loan lenders for loaning money to someone is whether they can pay the loan back. Not only that, but the size of a loan is often pegged to income. The claim that lenders disregard income level and just loan to everyone is preposterous. Study of the payday loan industry reveals that profit margins are incredibly tight, leaving little room for error. One study found that a lender has to successfully lend and fully collect six loans to come up with enough money to lend one single small loan.

Only one industry was able to disregard income

There was only one industry that was able to disregard ability to repay, at least for awhile. Pressure on Congress got banks pressured into lending mortgages to people that couldn’t afford them, which led the subprime mortgage crisis, as risky mortgages had to be insured against. You can read more in the Payday Loan Facts and Statistics Report on Personal Money Store.