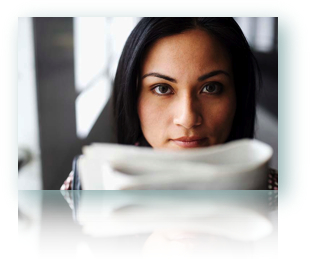 The recession has brought widespread hardship; borrowing money in the form of pay day loans, a cash advance near you, or help from friends is often one of the few ways that newly casual workers can make it to the next pay cheque. A huge contributor to the tough times has been the extensive jobs cuts. With only part time work available in many cases, those hit hardest have trouble making ends meet. Since the recent upturn in the economy, many have become hopeful that their old positions will come back. Sadly, as explained in a Wall Street Journal article, a lot of these hopes may go unfulfilled.

The surge in home building and lending that preceded the recession created a large number of jobs for the blue collar and white collar workers alike. With all of the building that happened, construction jobs were plentiful, as were positions in plants that manufactured material used in making the homes. The boom in the housing market caused financial jobs to rise too. Once the economy began to crash and business in these areas plummeted, the need for these workers became almost nonexistent.

Unfortunately, when the recession hit it gave employers the opportunity to also cut increasingly outdated positions with little to no warning. Some of the workers hit hardest by these kinds of job cuts were clerical workers, mailroom staff, record store employees, photo finishing staff and directory and mailing list publisher employees. All of these positions were on their way out because of advances in technology, but they likely would not have been hit so suddenly if the economy had not taken such a nosedive. Due to the abrupt nature of these job cuts many former full time employees are working casual jobs and turning to online lending in the form of pay day loans, or installment loans to get by.

Hard Facts to Face for those who Need Money Now

Adding insult to injury, during the recession many companies looked to workers in other countries because they could pay them less money to do the job. Disappointingly, many of these jobs will likely stay overseas. These kinds of changes are hard on former employees’ bank accounts and self-esteem.

Pay Day Loans can Help in the Tough Times

If you are among the many that have been hit hard by job cuts and are relying on reduced income it can be tough when unexpected expenses creep up. Car repairs, school expenses, household repairs and sometimes just everyday costs can get the best of us at times. In this case pay day loans can help get you through. They may just provide the financial relief you are looking for.