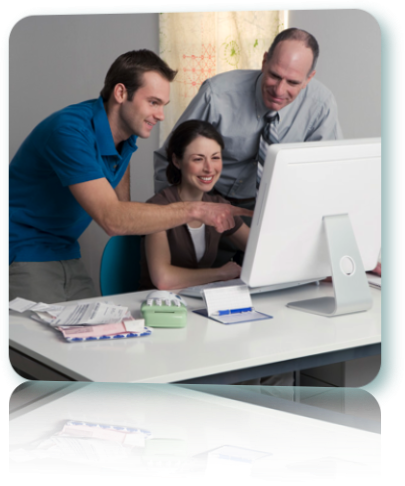 Parents are relying on personal loans for expenses as their adult children return home. The recession has brought about many necessary changes in the lives of Americans, and one of the most common trends is for adult children to move back home with their parents. Studies are showing that this is a growing trend among college graduates, with 77 percent of them returning home. The economy has forced families to remain together for longer periods of time.

According to a survey done by Collegegrad.com, adults in their 30s and 40s are also coming back home, some with their own families in tow. From 2000 to 2009 the number of households with cross-generation members has increased by 24 percent and is up to 6.2 million.

The new trend is not without its problems. For example, recently in Ohio a father called 911 on his 28-year old son, who is a political consultant, when he refused to “clean his room.” The blending of families, after independence has been staked, is difficult. Molly Grenshaw of Economist.com stated, “It’s hard when families are forced to live under one roof after a long independent hiatus. … Rules come into play and both parties have grown unaccustomed to following or giving the rules. It can make for surefire exasperation on both ends.”

At the center of the issue is the question: Who is the boss? Chanelle Schneider, 25-year-old retail associate, recently moved back home with her mother. “I’m 25,” she said, “so I want to be taken as an adult, a grown woman. But I’m still my mother’s child. She’s in mom mode, always.” Both Schneider and her mother were unable to manage financially due to the recession. Both were relying on family aid, personal loans and second jobs, until they decided to blend households.

The mentality behind moving back home

Dr. Marion Lindblad-Goldberg of the University of Pennsylvania, stated, “Theoretically, by the time you reach adulthood, you’re supposed to be at the same power level as your parents. But it’s never like that. Parents can relate to their adult children when they’re away from home. But in the home, particularly if it’s the same home, the kid goes from being 28 down to 25 to 20 and end up at 7.” Add to that the mental state of many adults who suffer hardships, and it can be a strange situation.

Dr. Lindblad-Goldberg added that adults who live through unemployment, foreclosure and other financial turmoil often “feel infantilized” to begin with. Then parents start demanding chores, that normally teens would do, be done and even adult children can regress to resentment and tantrums. The crux of their acting out is their powerlessness. “Moving back home has the potential for robbing people of that feeling of adult competence, and that can cause a dilemma,” she stated.

It is a difficult situation when adult children move back in with parents. The relationship can be strained and difficult. However, families need to realize that in the hard-hitting recession it’s a necessity to do what it takes to manage. There are other tools available, such as personal loans, government help and family help, but sometimes having an adult child come home is unavoidable. If this is the case, then all parties need to realize this is a temporary situation and it will run its course. Patience and respect can do a lot to mitigate the stress, for both adult children and parents, during this period of time.