But Nanny State Leanings Make it All Ridiculous 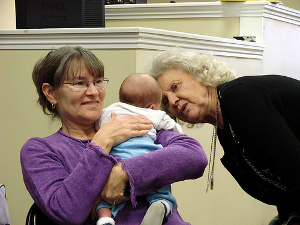 It's all well and good when you're a baby, but Ontario wants to nanny its payday loan customers so they don't have to be responsible. (Photo: flickr.com)

When it comes to short-term consumer lending, few products are as quick and convenient as a payday loan. The bulk of payday loan companies in Canada operate within the bounds of established governmental guidelines into order to provide consumers with a safe, affordable product while businesses collect profits that offset operating costs. Yet there are an unfortunate few who attempt to operate “beneath the radar,” charging overly inflated rates and enforcing abusive loan terms. Section 347 of the Canadian criminal code attempts to regulate this with a limit of 60 percent interest that can be charged per annum, but further intervention has been necessary in order to protect consumers.

Here’s a prime example of an attempt to make things right. In June of 2008, the Ontario Legislature devised the Payday Loans Act in order to require that all payday lenders and pawnbrokers:

Furthermore, the Payday Loans Act was to make it easier for offending payday loan companies to have their licenses suspended and establish the Ontario Payday Lending Education Fund to promote consumer understanding of and confidence in the product.

By the time additional provisions were in place by April 1, 2009, the Payday Loan Act was also altered by Ontario’s Maximum Total Cost of Borrowing Advisory Board so the most money that could be charged per $100 borrowed is $21. For a standard two-week payday loan, that’s 21 percent, which is not out of the realm of feasibility.

However, there was little or no penalty in place for consumers who defaulted on their loans. It seems unconscionable for there not to be consequences when a consumer makes a promise to repay a debt and doesn’t follow through. Such a lack of safeguarding damages payday lenders severely, just as it would any business that exposed itself to financial risk but didn’t have the tools to protect itself in the event of default. This is definitely an example of the nanny state at work, absolving others of taking responsibility for themselves.

Now Ontario has an Order Dealing with “Criminal Interest Rates”

The $21 per $100 loaned will definitely be in effect, without exemption. But what will happen to the lack of protection afforded payday loan companies for customers who don’t pay? What does Nanny Ontario plan to do about that? This isn’t a game of jacks among five-year-olds; these are adults who should have learned to take responsibility for their actions a decade or more before. It would be in the best interests of its citizens if Ontario (and Canada as a whole) reconsidered this ridiculous lack of penalty for default.