Our Worlds Were at War 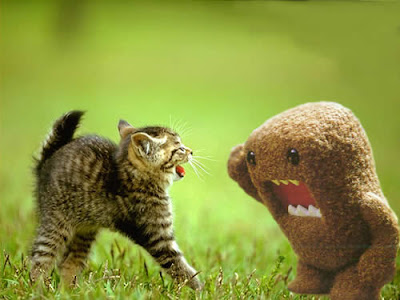 Without an online payday loan – a type of online cash advance – aliens would have kidnapped my cat and changed it into one of the Kentucky Derby 2009 field. I couldn’t live with that on my conscience.

I’m listening to a Halloween rebroadcast of the classic Mercury Theatre on the Air radio production of “War of the Worlds.” The lights are low and I’m feeling fine, even though I am alone, in the dark and by myself. OK, that’s only partly true. I’m creeped out, man. Orson Welles has me glued to my chair.

First aired on October 30, 1938, “War of the Worlds” still has the power to scare listeners, even though today we’re supposedly more sophisticated and understand that a Martian invasion isn’t really happening. I know that logically, but with the signs of water that we’ve recently discovered on Mars, I can’t be too sure. Once the giant, flaming Martian cylinder falls on Grover’s Mill, New Jersey at 8:50 p.m., the roots begin to work their way into my mind.

They Come From Beyond

As the news reporter struggles for words to explain the foreboding mystery monolith from the deep, dark sky, the hairs stand up on my neck and my heart speeds up to a half-run – a “what’s going on here” prelude to a hell-bent sprint for my life. Once the craft opens, revealing the salivating gray snake creature, my mind is screaming out of the ballpark. I have to hold on for dear life to my chair, white-knuckled, or risk stumbling over my shoes and becoming one with the radiator. Luckily, my cat isn’t around to see me like this; he looks to me for strength. He’s a very odd cat.

I’m managing not to have a heart attack, and then the military begins to bomb the vile space conquerors. As soon as the bombs go off, I hear a series of strange sounds that aren’t part of the program. Out on the lawn there is such a clatter, I wake from fear to see what’s the matter. I run outside (managing not to trip on my shoes, or put them on) and discover some neighbor kids dressed in alien costumes. They’re terrorizing my poor cat with their Martian masks! I have to help him!

Casualties of War and the Need for an Online Payday Loan

Gathering all the strength I can muster, I run at the kids like a Martian-stomping machine. Or a mildly annoyed soccer fan. Or something like that. Anyway, I manage to scare the kids away and give kitty an escape route.

Unfortunately, I also roll my right ankle as I step in that pothole in my driveway that I’ve been meaning to fix but never have the time or money. Kitty runs in the house, I writhe around on the ground in pain and the Martian kids give me a rotten drive-by egging before returning to their mother ship. 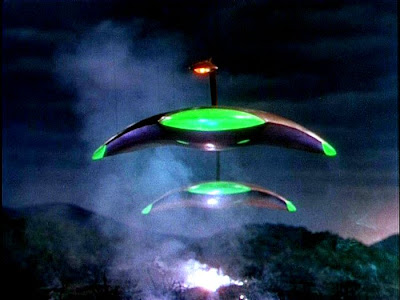 The following morning, I’m still there in the driveway. Something has to be broken in there, because it hurts way too much to move, or even crawl. It isn’t until the garbage man comes that somebody calls an ambulance.

The hospital takes care of me, and I come home on crutches. I’m extra careful not to plant a crutch in that damned hole in the driveway. That’s when it hits me. I’ve used a payday loan from Personal Money Store before – why not now? Rather than waiting for a more serious injury to happen, I request a loan and get enough money to repair the damaged driveway. Once I’m on my feet again, I’ll break out the cement and tools I bought and do the job.

And if those kids show up again, there’ll be a war of the worlds of a different kind…