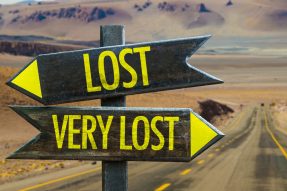 In the next few weeks, the Consumer Financial Protection Bureau, or CFPB, will be wrapping up its payday lending rule, the one that has caused contention between lawmakers and government agencies. The bureau’s new lending rule will put limits on the kind of installment loans that many borrowers seek when they’re facing a financial problem. Because of this, the CFPB’s new installment loan rules could leave millions with nowhere to turn.

What Happens When Millions are Unable to Borrow Money?

While the ins and outs of the final installment loan regulations remain unknown, the agency’s proposed rule change, published in June of 2016, included provisions designed to prevent people from ending up in debt cycles. A debt cycle is when someone remains in debt for an extended time.

The Competitive Enterprise Institute reports that the CFPB’s regulation would shatter the payday loan industry as well as the marginalized borrowers it typically serves. According to an impact analysis completed by the CFPB, implementing federal regulations against the industry would decrease profits by around 75 percent. If the industry loses this much revenue, most lenders won’t be able to survive it. In fact, an estimated three-quarters of the 20,000 payday loan stores that provide loans to about 12 million people annually would be forced to close their doors.

Loans for People with Poor Credit Help Them Stay Afloat

Loans for people with poor credit often prevent financial devastation for these individuals. When someone has a credit score that’s less than ideal, banks usually won’t lend to them. Along with this, these people typically have few liquid assets, are unable to build savings and face limited amounts of traditional credit.

People who seek aid from bad credit finance companies generally earn a low to middle income. They are often young and female. Customers who request installment loans are likely dealing with a financial emergency. For instance, they may need to pay an important bill that’s past due or repair a car. These individuals may even be searching for a way to keep their families fed.

Installment loans for people with poor credit are not the best way to take care of these necessities, but it’s tough to see how getting rid of the borrowing option altogether is going to help vulnerable people become financially stable.

A Failure to Study the Full Effects of Payday Loan Regulation

The CFPB failed to assess the effects of its regulation proposals adequately. Instead, the bureau depended on limited information submitted by lenders, information that didn’t consider consumer welfare. If the agency had considered what was best for consumers, it would likely have determined that installment loans are helpful to the millions of people who are unable to access traditional financial products.

Competitive Enterprise Institute author Hilary Miller researched consumer welfare. Based on her research, she said, “Only a small minority of payday borrowers report difficulty in repaying their loans, and the satisfaction rate is greater than 90 percent.”

Professor Lisa Servon from the University of Pennsylvania wrote a book titled “The Unbanking of America.” To research the details of her book, she worked in a payday loan shop. During her time there, she found that bad credit finance companies served the real needs of low-income communities. In her book, she states that people continue to borrow from payday lenders because they have transparent repayment terms, are affordable and feature better customer service.

When legislators consider regulation against the online installment loan industry, they often quote excessive interest rates as the reason for doing so. American Banker recently reported that the Federal Reserve Bank of Philadelphia completed new research into online loans. The financial institution found that online marketplace loans for people with poor credit generally come with fair terms. Not only are they offering borrowers loans at affordable interest rates, but they are also filling a gap in locations where consumers are underserved due to a decline in physical financial institutions.

With lending products available online, bad credit finance companies may help borrowers who have poor credit improve their financial health by offering them credit products that are easy to understand, ones that come with transparent borrowing terms. When borrowing terms are simple and transparent, consumers are able to save money. These features also set them on a healthier economic path.

Reducing the Need for Installment Loans

Politico reports that two democrats are working toward an alternative to installment loans. Senator Sherrod Brown and House Representative Ro Khanna introduced a new tax bill that includes an option that may reduce the need for payday loans. Their plan is to increase the Earned Income Tax Credit, or EITC, which gives Americans with low to moderate incomes a work subsidy. Along with increasing the amount, there is a small provision in the bill that could have a major impact on bad credit finance companies.

The plan is to allow individuals who qualify for the EITC to withdraw as much as $500 in cash as an advance against their refund. Currently, the EITC is a cash payment that is sent to qualified individuals in one lump sum. While the extra money is handy when it arrives, it doesn’t do much to help cash-strapped people cover financial emergencies throughout the year. The bill resolves this problem by letting people take cash from the EITC’s lump sum without charging them interest or fees.

This bill is a new idea, and it’s bound to have its critics, so it remains to be seen if the two lawmakers can drum up enough support to get it passed. If they do, the payday loan industry may struggle to stay profitable.

There are More Payday Loan Stores than There are Starbucks

If the CFPB’s new installment loan rules leave millions of consumers without a borrowing option, then desperate borrowers may turn to illegal lenders when financial emergencies arise. This would surely make their financial standing even more dire. Since there are more payday loan stores than there are Starbucks, this means that bad credit finance companies are serving a need, and they’re doing so in a way that is helping borrowers. To learn more about the rule changes that could eliminate installment loans, head to the Personal Money Store.