How Being Low on Money Now can Bring Positive Change

How Being Low on Money Now can Bring Positive Change

Scaling Back can have Advantages 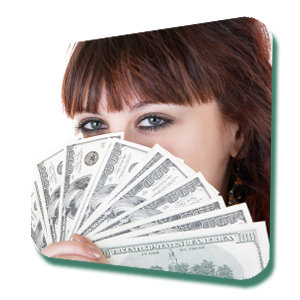 A recent article on USNews.com tells the story of one of the many former middle class workers who has lost her job within the last year and has had to find new ways to bring in money now. This is not a sad story though, at least not for the most part. Catherine Goerz once made $8000 a month at her nine to five job. Nowadays, between her unemployment insurance, freelance jobs and odd jobs she now brings in about $1900 a month. She has had to dramatically alter her lifestyle, but despite that, does not relish the idea of going back to her old work schedule. She feels that regardless of the sacrifices, her new lifestyle has forced her to focus on what she really wants in life.

Where to make Cuts

When faced with a new lifestyle that includes a substantially lower income, tough decisions must be made. A person must decide what items he/she can live without and which regular activities can be given up or toned back. Luxury items are usually the first to go and items that must be purchased can often be bought for a lower price. Clothing, for example does not have to come from a boutique or even a department store. When money is tight, necessary clothing items can be found in consignment shops and on online bidding sites, as well as many other discount places. Buying only the essentials can be very freeing and shopping for a bargain can instill lifelong money saving habits.

Of Course, it’s not All Roses

For Catherine Goerz, the new financial situation has not been completely easy. She now lives with three roommates to be able to afford rent. The freedom of living on her own is something that she thinks about often. She has cut back her dinners out and has had to find creative ways to stretch out the food that she buys. Two meals a day is now the norm for her, eating a kind of brunch-time meal and then an early dinner. She eats dinner at a friend’s house once a week and when she goes out with friends she tries to bring half of her food home to eat for another meal or two. A car and house of her own are only pipe dreams for the time being.

Maybe having it All was just too Much

According to Goerz though, even some of her financially well-off friends have started to scale back their spending recently. The frugal trend of those who are low on money now may be catching in America in general. Many people are beginning to realize that they can change aspects of their spending and still have a fulfilling life, perhaps an even more fulfilling one.

Changing your financial perspective can open up a range of new possibilities. It can allow you to see opportunities and ways of doing things that you previously did not realize existed. If you are currently living on less money now than you were used to having, try to think creatively to find new ways you can enjoy life. Your new lifestyle may create lasting positive changes in your life.

Get started Here for Money Now!