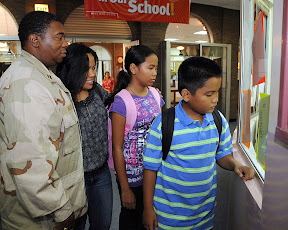 Military families will not have to worry about having to get payday loans or other support now that Congress has averted a government shutdown. Image from Wikimedia Commons.

The United States Congress recently passed the federal budget for fiscal year 2011 after a long standoff. Among concerns about a possible government shutdown were that military service personnel would have to resort to military payday loans seeking cash advance places near you and other financial means if a deal could not be made. Thankfully, the shutdown was avoided.

Shutdown could have crippled families of deployed personnel

Congress upheld a budget for Fiscal Year 2011 for some time, and the past few weeks were fraught with tension over a possible government shutdown. Thankfully, the shutdown was averted, but it was well known that Congress would have continued to receive their pay while thousands of government employees would have gone on a forced furlough. Thousands more would have been forced to work without pay. Members of the military, for instance, would not be paid for their work during a shutdown. Federal regulations prohibit service personnel from getting payday loans, seeking cash advance places near you, or similar subprime credit products, and most service personnel, according to MSNBC, make close to the average wage in America, it would have been a devastating blow to military families. It’s not like they could get a loan until payday online either.

Nearly three of every four people in the armed services are in the six lowest ranks and are paid $31,000 a year or less. The Bureau of Labor Statistics estimates median earnings in the United States at $36,587 per year and mean earnings at $44,901. By either criteria, with median being the middle and mean being the average, military personnel are low on the income ladder. A 2008 Department of Defense survey, according to the Washington Post, indicated many service families struggle with debt. Bankruptcy rates for military members may be higher than the general population as well; a 2004 study by the Government Accountability Office found that 1.2 percent of active duty military personnel file for bankruptcy. Federal court statistics indicates that more than 1.5 million people filed for bankruptcy in 2010, which is 0.5 percent of the U.S. population.

Dire straights for those in harm’s way

The people who elect to serve this country do not get rewarded much for their efforts. There are also incentives to not go into debt; service members can lose their security clearance if they fall into unmanageable debts. Granted, had the shutdown occurred, there would have been options for some people. The Naval Federal Member Bank offered low interest personal loans to members in case of a shutdown, like other credit unions and banks for federal employees have done in previous shutdowns.