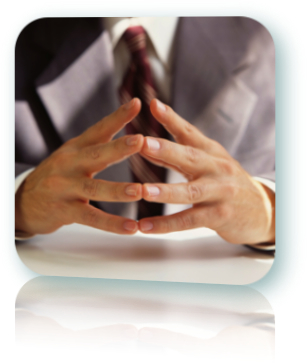 Consumers are looking to personal loans as they try to survive the economic downturn. Large US companies are still filing bankruptcies, indicating that the recession is not over yet. Eight additional public companies, netting assets of over $1 billion, filed bankruptcy within the past month. Five companies filed in the period of four weeks prior to that.

This is the largest bankruptcy filing of multibillion-dollar public companies in history, according to Bankruptcydata.com. According to Brian Hamilton, founder of Sageworks, “Corporate revenue is down in the United States and when topline revenue is down, there’s less money to spread through expenses.”

Because of the large number of financial crashes, bankruptcy courts are having a difficult time managing. Barbara Lynn, chair of the bankruptcy committee of the US, suggested Congress make changes in judgeships. She is requesting that Congress authorizes 13 permanent bankruptcy judges and 22 temporary judges to handle the overwhelming caseload.

How Americans are responding

Long-term lodging company Extended Stay Inc., Six Flags Amusement Inc. and GM Corp are just three of the huge corporations that are setting the stage for businesses and individuals. With struggles that are insurmountable being felt on the corporate level, many consumers are interpreting this as extending their individual struggles. Lynn Miller, analyst at Price Waterhouse, stated, “We are seeing people experimenting with more spending, but when large corporations fall, they immediately regress back to their thrifty ways…people want to test the waters, but the economic OK to do so just isn’t there yet.”

Consumer Anne Davies of Middleton, Pennsylvania said, “When GM went, we immediately reassessed our spending. Although we haven’t lost jobs or homes, we still felt that if it could happen to GM, it could happen to us…we started watching our mortgage loans, personal loans and finances that much more closely.” Davies’ sentiment is shared with the general American public, as they try to manage the recession’s aftermath.

Try to mitigate their losses

Many of the large corporations that are currently financially falling are trying to mitigate their losses. GM cut huge amounts of dealerships prior to filing bankruptcy. Six Flags amusement theme parks had heavy advertising in place, coupled with deep discounts, to bring in people, despite their huge debt. At the beginning of this year, Anne Cunningham, spokesperson for Six Flags, said, “We want to bring people in…our priority is to maintain our good name and customer service focus, regardless of where we end up in a few months.”

Many consumers are taking the same view, wanting to mitigate their losses as they watch the post-recessionary period play itself out. They are using strict budgeting and tactful decision-making to handle bills, debt, and savings. The bottom line is that no one knows exactly what state the economy will be in once the recession completely passes. With major crashes in the lending and housing industries, almost no one will walk away unaffected on some level.

Although some pundits were hopeful that the recession was bottoming out, the reality is that there are still large signs that the nation has a way to go before it’s in the clear. The consistent fall of billion-dollar corporations is a large sign that more aftershocks are going to be felt by the economy. Consumers have to take proactive steps to watch their personal loans, mortgage loans, savings and retirement accounts. No one knows when the recession’s aftermath will truly be over, and consumers need to be prepared.