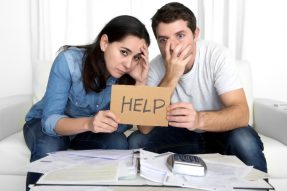 A decade or two ago, state legislators typically paid little attention to the issue of payday loans. However, after the financial collapse that occurred in 2007, the federal government created the Consumer Financial Protection Bureau, and the CFPB began to research payday lending almost as soon as the agency was formed. The CFPB generated a substantial amount of media coverage on the topics of payday loans, title loans and short-term installment loans. As a result, many states ramped up their efforts to curtail small-dollar consumer loans. Some states passed laws capping the interest rates that lenders could charge or limiting the number of times that a borrower could renew a loan. Other states banned easy payday loans altogether, leading many to wonder what life is like in states without access to these fast payday loans or personal loans near you.

As of May 2016, payday loans are unavailable in 16 states as well as the District of Columbia, according to an article appearing in the Philadelphia Tribune. Some states have enacted laws barring lenders from making short-term loans, accessing a borrower’s account to obtain repayment, charging more than the state’s usury cap or a combination of these. In other states, payday loans are not available because they would violate an existing statute, making the ban de facto.

A variety of organizations and researchers have conducted studies to determine the effect that banning payday loans has on consumers. The Center for Responsible Lending published a paper in August 2016 that drew on focus groups, surveys, academic studies and other research exploring the topic. According to the paper, borrowers felt that they could deal with financial shocks through various methods.

• 81 percent would reduce expenses
• 12 percent of the enlisted service members responding to a survey conducted by the Department of Defense stated that they would likely or very likely be inconvenienced if denied access to payday loans
• Service members stated that their alternatives would be to rely more on family and friends, request a loan or grant from the Military Relief Society, use their savings or reduce expenditures.
• One study that was mentioned in the paper described a study conducted in several states after payday loans were banned. The study found that there was a significant increase in the number of people who were borrowing from pawnshops.
• A study focusing on North Carolina and Montana following bans on payday loans found that there was an increase in the number of installment loans made to subprime borrowers.

In addition to the above measures, studies have found that some borrowers considered options that were even less appealing. Some stated that they might pay their bills late, use their credit cards to make an over-the-limit purchase or even write a check without available funds in the account.

Many state laws related to payday loans require that voters decide the question, and when initiatives appear on the ballots, voters tend to support them. However, a recent article appearing on PRNewswire.com reported that support for bans on payday loans is lacking among the people who actually use them. The article states that two polling firms have discovered that there is a wide discrepancy between how the general population views payday loans and how actual borrowers feel.

Payday Lending Is a Complicated Topic

As you can see, despite statements from the Consumer Financial Protection Bureau, services dedicated to assisting consumers manage their credit, presidential candidates and many others, payday lending is not a simple issue. A discrepancy exists between what borrowers who use payday loans want and what others think that these borrowers need. If you would like to explore the topic of payday loans, you can find additional information at the Personal Money Store.