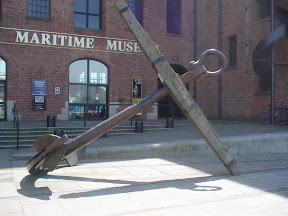 Credit cards can weigh a person down like an anchor, and fewer people are using them these days. Image from Wikimedia Commons.

As the recent unemployment and jobs report came in, so did some other data. Fewer people are using their credit cards this year, and people are using them less. As there is less short term credit available, fewer people want to use their credit cards as a source of fast cash. People are also saving more than they used to. Since consumer goods are such a large part of the economy, a counterproductive side effect of the recession is that less money gets spent on the frivolous goods that keep the economy rolling.

According the Wall Street Journal, fewer people are using their credit cards for consumer purchases. The amount of revolving credit (like credit cards or bank lines of credit – not like mortgages, payday loans, cash advances or student loans) being used in the U.S. has been declining. In fact, the use of revolving credit has dropped every month for the past 21 months consecutively. At this rate, the credit card companies are going to need a payday loan themselves.

Unemployment has a lot to do with it

One of the side effects of recessions is that people have less reason to justify non-essential purchases. They especially cannot justify making purchases with anything other than cash. If a person makes a big purchase like a new refrigerator or living room set on a credit card, making minimum payments for the next 50 years is not as palatable. The national savings rate, on the other hand, went up. It is currently at 6.4 percent, according to the Commerce Department, up from 6 percent in April.

There is no point in buying unnecessary goods, particularly if you don’t know if you’ll be able to afford the payments a few months down the road. If you want to get out of debt and have some security, it makes no sense to incur further debt to do it, unless of course you can get a debt relief loan with an interest rate that’s manageable.