The new legislation in motion 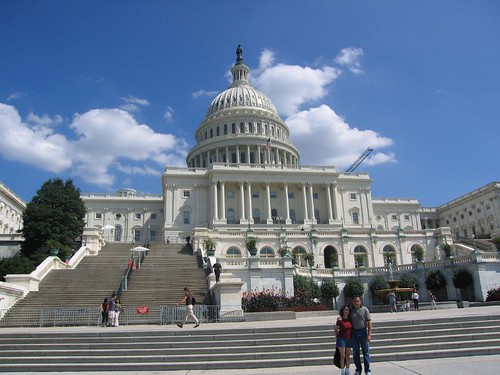 Everything from simple payday loans to the most complex high-finance trades are set to fall under strict new rules by the government. Recently, the House passed new legislation set to police the financial industry. The goal of the move is to avoid repeating the same mistakes Wall Street made a year ago when it sent the nation into the recession.

Part of the new legislation would give the government control over companies that are perceived as a threat to the financial well-being of the nation. In addition, it would create an agency to oversee all consumer banking transactions. The change was made on a party-line vote, 223-202, with no Republican support.

The move was a win for the current Obama administration, but it did alter some of the president’s suggested cures. Much of the burden of policing the industry falls on the Senate. President Obama heralded the House’s action and called on Congress to act quickly to get the bill to the White House for his approval. He said, “The crisis from which we are still recovering was born not only of failure on Wall Street, but also in Washington. We have a responsibility to learn from it and to put in place reforms that will promote sound investment, encourage real competition and innovation and prevent such a crisis from ever happening again.”

Democrats are hoping that the legislation will help address all the issues that led up to the recession. Representative Barney Frank said, “Let’s put it to the American people: Do you prefer the Republican position of doing literally nothing to rein in these abuses or should we try to rein them in?”

Much of the disagreement between both parties centers on the issue of thoroughly policing the financial industry, versus leaving it alone. Republicans believe that the move would “burden” the business world. Republican leader John Boehner said, “This house has been on a spending spree, a bailout spree and a regulatory spree that I could never have imagined in any of my prior 18 years here in Congress.”

Now that the legislation is moving, financial institutions can expect governance. The big news is that any financial institution falls under the rules—from providers of small payday loans, to lenders offering a quick loan bad credit, to high-end trade firms. The only ones to be exempt would be companies so small their actions would not have a defining impact on the economy as a whole.

The bill calls for the creation of a Financial Services Oversight Council, which would be composed of the Treasure secretary, Federal Reserve chairman and the heads of regulatory agencies to monitor the financial markets. Their job would be to watch impending threats to the nation’s economic constitution and immediately act. It would identify companies and actions that require strict standards. The Council would have the authority to take apart even strong companies if they were thought to be a risk to the economy. A $150 billion resolution fund would be created and funded by companies with large assets and hedge funds worth at least $10 billion.

The future of the bill

The future of the bill is still up for debate among party members. Should the vast expanse from payday loans to high-yielding trades be policed under the same body and function under the same rules? The parties involved are sharply divided on the issue, but for now the new legislation is headed to the President for approval.